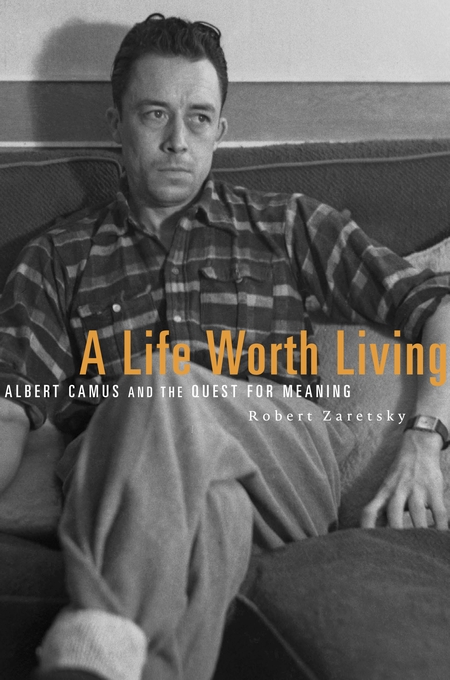 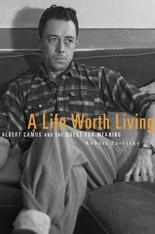 A Life Worth Living

Albert Camus and the Quest for Meaning

In his Nobel Prize acceptance speech, Albert Camus declared that a writer’s duty is twofold: “the refusal to lie about what one knows and the resistance against oppression.” These twin obsessions help explain something of Camus’ remarkable character, which is the overarching subject of this sympathetic and lively book. Through an exploration of themes that preoccupied Camus—absurdity, silence, revolt, fidelity, and moderation—Robert Zaretsky portrays a moralist who refused to be fooled by the nobler names we assign to our actions, and who pushed himself, and those about him, to challenge the status quo.

Though we do not face the same dangers that threatened Europe when Camus wrote The Myth of Sisyphus and The Stranger, we confront other alarms. Herein lies Camus’ abiding significance. Reading his work, we become more thoughtful observers of our own lives. For Camus, rebellion is an eternal human condition, a timeless struggle against injustice that makes life worth living. But rebellion is also bounded by self-imposed constraints—it is a noble if impossible ideal. Such a contradiction suggests that if there is no reason for hope, there is also no occasion for despair—a sentiment perhaps better suited for the ancient tragedians than modern political theorists but one whose wisdom abides. Yet we must not venerate suffering, Camus cautions: the world’s beauty demands our attention no less than life’s train of injustices. That recognition permits him to declare: “It was the middle of winter, I finally realized that, within me, summer was inextinguishable.”