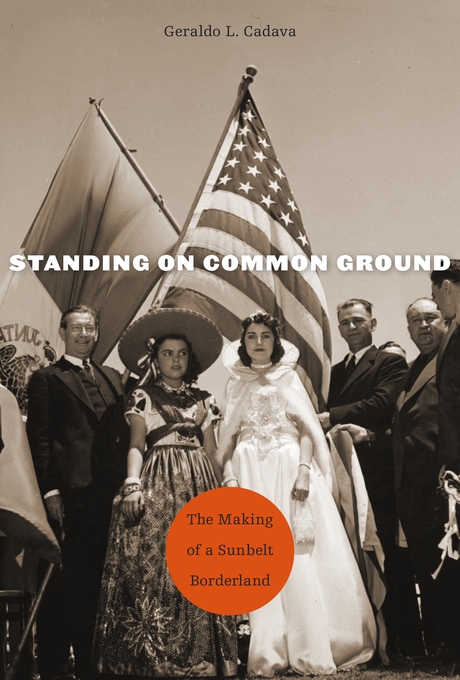 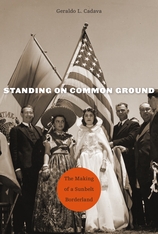 The Making of a Sunbelt Borderland

Under constant surveillance and policed by increasingly militarized means, Arizona’s border is portrayed in the media as a site of sharp political and ethnic divisions. But this view obscures the region’s deeper history. Bringing to light the shared cultural and commercial ties through which businessmen and politicians forged a transnational Sunbelt, Standing on Common Ground recovers the vibrant connections between Tucson, Arizona, and the neighboring Mexican state of Sonora. Geraldo L. Cadava corrects misunderstandings of the borderland’s past and calls attention to the many types of exchange, beyond labor migrations, that demonstrate how the United States and Mexico continue to shape one another.

In the 1940s, a flourishing cross-border traffic developed in the Arizona–Sonora Sunbelt, as the migrations of entrepreneurs, tourists, shoppers, and students maintained a densely connected transnational corridor. Politicians on both sides worked to cultivate a common ground of free enterprise, spurring the growth of manufacturing, ranching, and agriculture. However, as Cadava illustrates, these modernizing forces created conditions that marginalized the very workers who propped up the regional economy, and would eventually lead to the social and economic instability that has troubled the Arizona–Sonora borderland in recent times.

Grounded in rich archival materials and oral histories, Standing on Common Ground clarifies why we cannot understand today’s fierce debates over illegal immigration and border enforcement without identifying the roots of these problems in the Sunbelt’s complex pan-ethnic and transnational history.