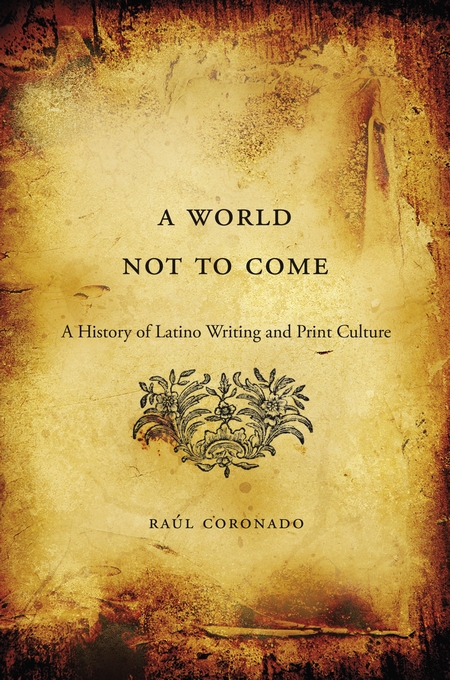 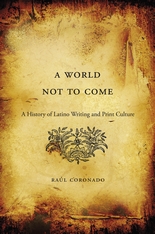 A World Not to Come

A History of Latino Writing and Print Culture

A shift of global proportions occurred in May 1808. Napoleon Bonaparte invaded Spain and deposed the Spanish king. Overnight, the Hispanic world was transformed forever. Hispanics were forced to confront modernity, and to look beyond monarchy and religion for new sources of authority. A World Not to Come focuses on how Spanish Americans in Texas used writing as a means to establish new sources of authority, and how a Latino literary and intellectual life was born in the New World.

The geographic locale that became Texas changed sovereignty four times, from Spanish colony to Mexican republic to Texan republic and finally to a U.S. state. Following the trail of manifestos, correspondence, histories, petitions, and periodicals, Raúl Coronado goes to the writings of Texas Mexicans to explore how they began the slow process of viewing the world as no longer being a received order but a produced order. Through reconfigured publics, they debated how best to remake the social fabric even as they were caught up in a whirlwind of wars, social upheaval, and political transformations.

Yet, while imagining a new world, Texas Mexicans were undergoing a transformation from an elite community of “civilizing” conquerors to an embattled, pauperized, racialized group whose voices were annihilated by war. In the end, theirs was a world not to come. Coronado sees in this process of racialization the birth of an emergent Latino culture and literature.