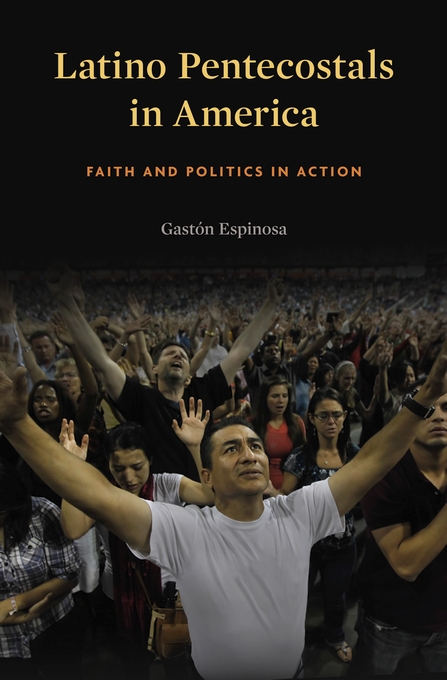 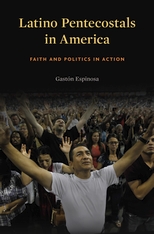 Faith and Politics in Action

Every year an estimated 600,000 U.S. Latinos convert from Catholicism to Protestantism. Today, 12.5 million Latinos self-identify as Protestant—a population larger than all U.S. Jews and Muslims combined. Spearheading this spiritual transformation is the Pentecostal movement and Assemblies of God, which is the destination for one out of four converts. In a deeply researched social and cultural history, Gastón Espinosa uncovers the roots of this remarkable turn and the Latino AG’s growing leadership nationwide.

Latino Pentecostals in America traces the Latino AG back to the Azusa Street Revivals in Los Angeles and Apostolic Faith Revivals in Houston from 1906 to 1909. Espinosa describes the uphill struggles for indigenous leadership, racial equality, women in the ministry, social and political activism, and immigration reform. His analysis of their independent political views and voting patterns from 1996 to 2012 challenges the stereotypes that they are all apolitical, right-wing, or politically marginal. Their outspoken commitment to an active faith has led a new generation of leaders to blend righteousness and justice, by which they mean the reconciling message of Billy Graham and the social transformation of Martin Luther King, Jr. Latino AG leaders and their 2,400 churches across the nation represent a new and growing force in denominational, Evangelical, and presidential politics.

This eye-opening study explains why this group of working-class Latinos once called “The Silent Pentecostals” is silent no more. By giving voice to their untold story, Espinosa enriches our understanding of the diversity of Latino religion, Evangelicalism, and American culture.