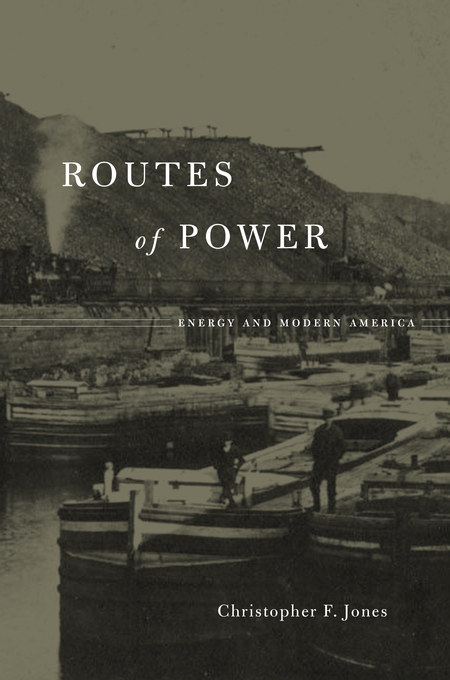 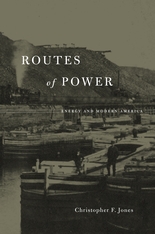 On NPR’s All Things Considered, listen to Christopher F. Jones discuss the first commercial oil pipeline in the U.S.—a two-inch diameter, wrought-iron “engineering marvel” that, upon its completion, put 500 out of work:

The fossil fuel revolution is usually rendered as a tale of historic advances in energy production. In this perspective-changing account, Christopher F. Jones instead tells a story of advances in energy access—canals, pipelines, and wires that delivered power in unprecedented quantities to cities and factories at a great distance from production sites. He shows that in the American mid-Atlantic region between 1820 and 1930, the construction of elaborate transportation networks for coal, oil, and electricity unlocked remarkable urban and industrial growth along the eastern seaboard. But this new transportation infrastructure did not simply satisfy existing consumer demand—it also whetted an appetite for more abundant and cheaper energy, setting the nation on a path toward fossil fuel dependence.

Between the War of 1812 and the Great Depression, low-cost energy supplied to cities through a burgeoning delivery system allowed factory workers to mass-produce goods on a scale previously unimagined. It also allowed people and products to be whisked up and down the East Coast at speeds unattainable in a country dependent on wood, water, and muscle. But an energy-intensive America did not benefit all its citizens equally. It provided cheap energy to some but not others; it channeled profits to financiers rather than laborers; and it concentrated environmental harms in rural areas rather than cities.

Today, those who wish to pioneer a more sustainable and egalitarian energy order can learn valuable lessons from this history of the nation’s first steps toward dependence on fossil fuels.