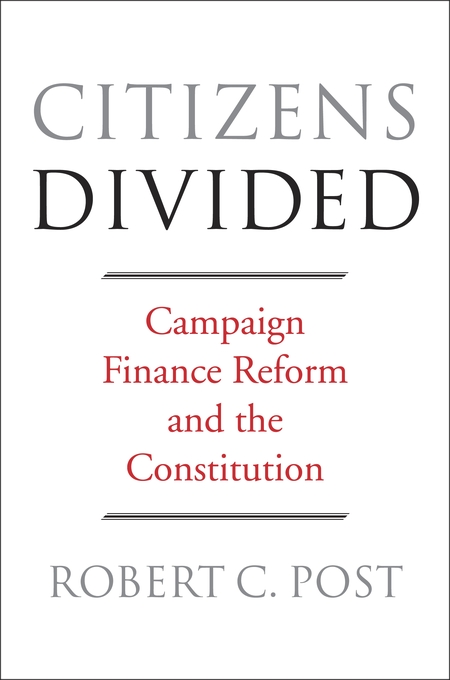 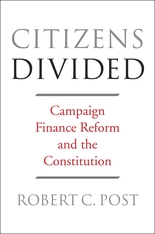 Campaign Finance Reform and the Constitution

The Supreme Court’s 5–4 decision in Citizens United v. Federal Election Commission, which struck down a federal prohibition on independent corporate campaign expenditures, is one of the most controversial opinions in recent memory. Defenders of the First Amendment greeted the ruling with enthusiasm, while advocates of electoral reform recoiled in disbelief. Robert C. Post offers a new constitutional theory that seeks to reconcile these sharply divided camps.

Post interprets constitutional conflict over campaign finance reform as an argument between those who believe self-government requires democratic participation in the formation of public opinion and those who believe that self-government requires a functioning system of representation. The former emphasize the value of free speech, while the latter emphasize the integrity of the electoral process. Each position has deep roots in American constitutional history. Post argues that both positions aim to nurture self-government, which in contemporary life can flourish only if elections are structured to create public confidence that elected officials are attentive to public opinion. Post spells out the many implications of this simple but profound insight. Critiquing the First Amendment reasoning of the Court in Citizens United, he also shows that the Court did not clearly grasp the constitutional dimensions of corporate speech.

Blending history, constitutional law, and political theory, Citizens Divided explains how a Supreme Court case of far-reaching consequence might have been decided differently, in a manner that would have preserved both First Amendment rights and electoral integrity.