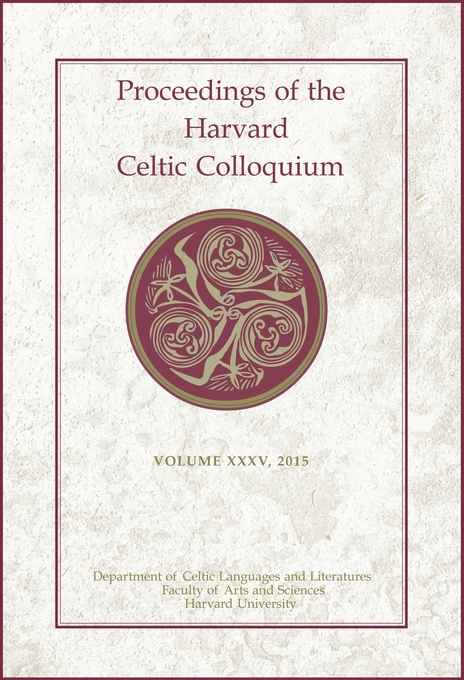 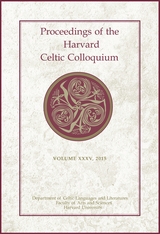 Proceedings of the Harvard Celtic Colloquium, 35: 2015

The Harvard Celtic Colloquium provides a small but international audience for presentations by scholars from all ranks of scholarship and all areas of Celtic Studies, the archaeology, history, culture, linguistics, literatures, politics, religion, and social structures of the countries and regions in which Celtic languages are or were spoken, and their extended influence, from prehistory to the present. The broad range of the conference is reflected in the content of its published proceedings, which will interest students newly attracted to Celtic Studies as well as senior scholars in the field.

PHCC, 35 includes the 2015 John V. Kelleher Lecture, “Whodunnit? Indirect Evidence in Early Irish Law,” given by Dr. Fergus Kelly of the School of Celtic Studies, Dublin Institute for Advanced Studies, Dublin, Ireland. Kelly is highly regarded for his command of the large and complex body of Irish legal literature and its social context. Other papers in this volume concern the social context and manuscript tradition of early Irish law; medieval Welsh and Irish literary, poetical, and hagiographical material; modern uses of medieval themes; modern Celtic languages, Irish, Welsh and Breton; and the considerations of using digital resources for Celtic Studies.