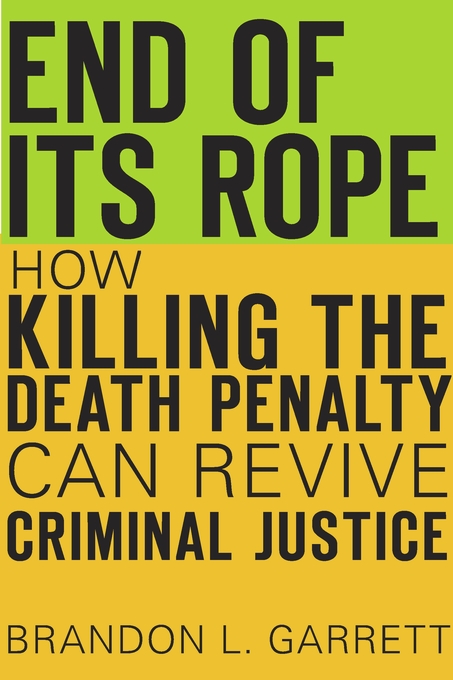 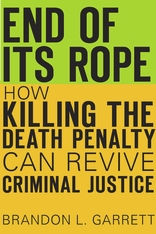 End of Its Rope

How Killing the Death Penalty Can Revive Criminal Justice

It isn’t enough to celebrate the death penalty’s demise. We must learn from it.

When Henry McCollum was condemned to death in 1984 in rural North Carolina, death sentences were commonplace. In 2014, DNA tests set McCollum free. By then, death sentences were as rare as lethal lightning strikes. To most observers this national trend came as a surprise. What changed? Brandon Garrett hand-collected and analyzed national data, looking for causes and implications of this turnaround. End of Its Rope explains what he found, and why the story of who killed the death penalty, and how, can be the catalyst for criminal justice reform.

No single factor put the death penalty on the road to extinction, Garrett concludes. Death row exonerations fostered rising awareness of errors in death penalty cases, at the same time that a decline in murder rates eroded law-and-order arguments. Defense lawyers radically improved how they litigate death cases when given adequate resources. More troubling, many states replaced the death penalty with what amounts to a virtual death sentence—life without possibility of parole. Today, the death penalty hangs on in a few scattered counties where prosecutors cling to entrenched habits and patterns of racial bias.

The failed death penalty experiment teaches us how inept lawyering, overzealous prosecution, race discrimination, wrongful convictions, and excessive punishments undermine the pursuit of justice. Garrett makes a strong closing case for what a future criminal justice system might look like if these injustices were remedied.