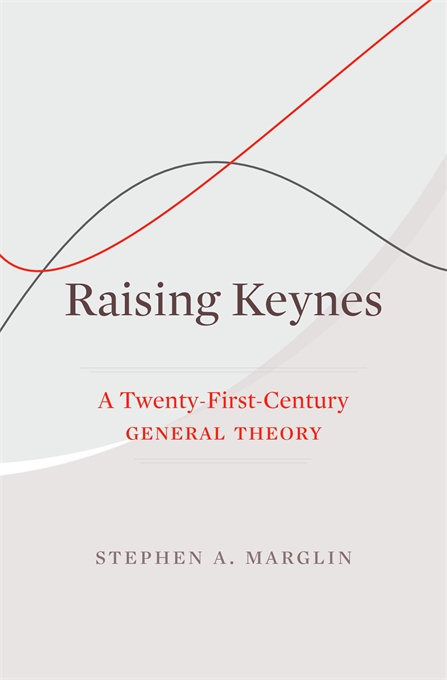 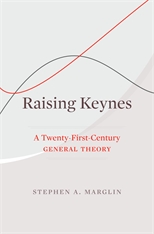 Back to the future: a heterodox economist rewrites Keynes’s General Theory of Employment, Interest, and Money to serve as the basis for a macroeconomics for the twenty-first century.

John Maynard Keynes’s General Theory of Employment, Interest, and Money was the most influential economic idea of the twentieth century. But, argues Stephen Marglin, its radical implications were obscured by Keynes’s lack of the mathematical tools necessary to argue convincingly that the problem was the market itself, as distinct from myriad sources of friction around its margins.

Marglin fills in the theoretical gaps, revealing the deeper meaning of the General Theory. Drawing on eight decades of discussion and debate since the General Theory was published, as well as on his own research, Marglin substantiates Keynes’s intuition that there is no mechanism within a capitalist economy that ensures full employment. Even if deregulating the economy could make it more like the textbook ideal of perfect competition, this would not address the problem that Keynes identified: the potential inadequacy of aggregate demand.

Ordinary citizens have paid a steep price for the distortion of Keynes’s message. Fiscal policy has been relegated to emergencies like the Great Recession. Monetary policy has focused unduly on inflation. In both cases the underlying rationale is the false premise that in the long run at least the economy is self-regulating so that fiscal policy is unnecessary and inflation beyond a modest two percent serves no useful purpose.

Fleshing out Keynes’s intuition that the problem is not the warts on the body of capitalism but capitalism itself, Raising Keynes provides the foundation for a twenty-first-century macroeconomics that can both respond to crises and guide long-run policy.