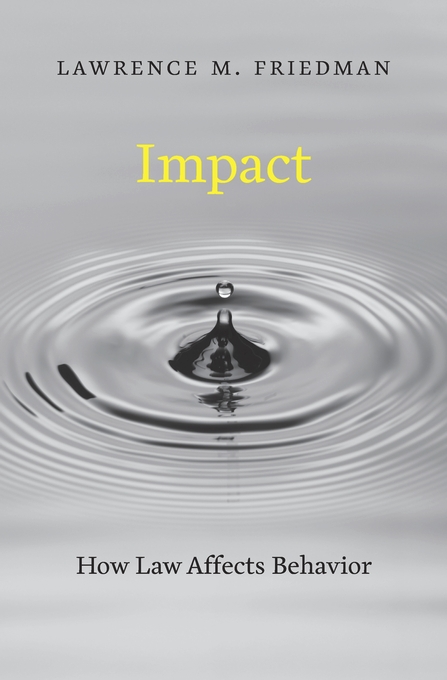 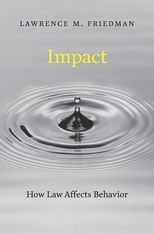 “Until now, surprisingly, there have been no synthetic analyses of a fundamental question: Why do some laws actually have a significant impact on the social and economic behaviors that they target, and why do other laws fall very short? By taking on this daunting task, and by brilliantly integrating rich veins of empirical research and social science theory, Lawrence Friedman has done a great favor for all scholars, students, and citizens—both the legal optimists and the legal skeptics—who wonder, as we all should, about law’s potential to reshape society.”—Robert A. Kagan, University of California, Berkeley

“This is Friedman at his best. Impact is a masterful review, a grand synthesis, and a penetrating analysis of the power (and weakness) of law in defining and shaping the social order. It will be of great value to legal scholars and social scientists of all sorts, both in the United States and abroad.”—Malcolm M. Feeley, University of California, Berkeley