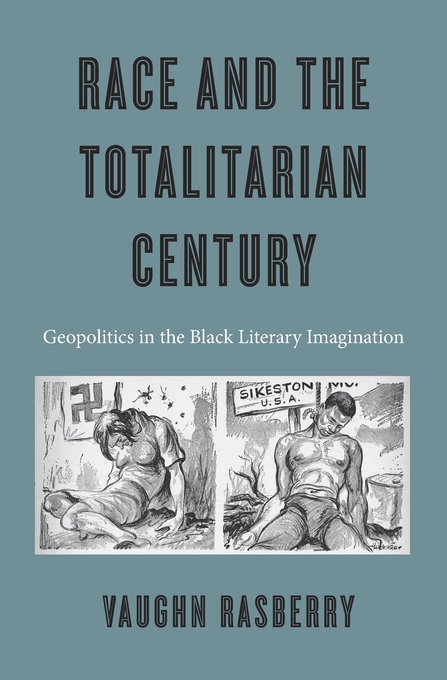 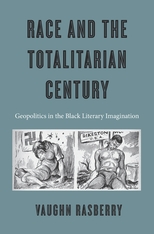 Race and the Totalitarian Century

Geopolitics in the Black Literary Imagination

Few concepts evoke the twentieth century’s record of war, genocide, repression, and extremism more powerfully than the idea of totalitarianism. Today, studies of the subject are usually confined to discussions of Europe’s collapse in World War II or to comparisons between the Soviet Union and Nazi Germany. In Race and the Totalitarian Century, Vaughn Rasberry parts ways with both proponents and detractors of these normative conceptions in order to tell the strikingly different story of how black American writers manipulated the geopolitical rhetoric of their time.

During World War II and the Cold War, the United States government conscripted African Americans into the fight against Nazism and Stalinism. An array of black writers, however, deflected the appeals of liberalism and its antitotalitarian propaganda in the service of decolonization. Richard Wright, W. E. B. Du Bois, Shirley Graham, C. L. R. James, John A. Williams, and others remained skeptical that totalitarian servitude and democratic liberty stood in stark opposition. Their skepticism allowed them to formulate an independent perspective that reimagined the antifascist, anticommunist narrative through the lens of racial injustice, with the United States as a tyrannical force in the Third World but also as an ironic agent of Asian and African independence.

Bringing a new interpretation to events such as the Bandung Conference of 1955 and the Suez Canal Crisis of 1956, Rasberry’s bird’s-eye view of black culture and politics offers an alternative history of the totalitarian century.