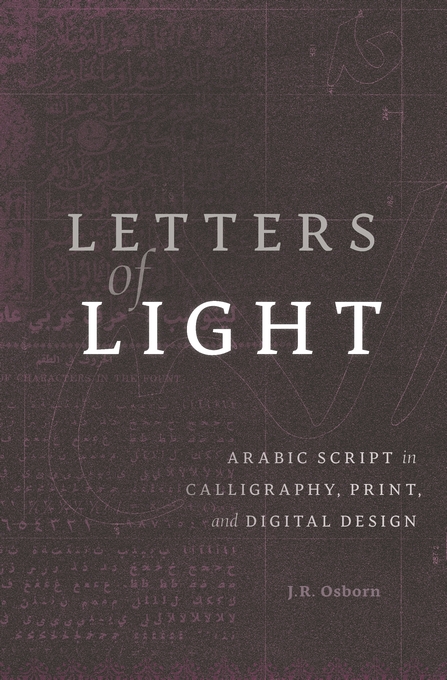 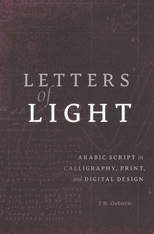 Arabic script remains one of the most widely employed writing systems in the world, for Arabic and non-Arabic languages alike. Focusing on naskh—the style most commonly used across the Middle East—Letters of Light traces the evolution of Arabic script from its earliest inscriptions to digital fonts, from calligraphy to print and beyond. J. R. Osborn narrates this storied past for historians of the Islamic and Arab worlds, for students of communication and technology, and for contemporary practitioners.

The partnership of reed pen and paper during the tenth century inaugurated a golden age of Arabic writing. The shape and proportions of classical calligraphy known as al-khatt al-mansub were formalized, and variations emerged to suit different types of content. The rise of movable type quickly led to European experiments in printing Arabic texts. Ottoman Turkish printers, more sensitive than their European counterparts to the script’s nuances, adopted movable type more cautiously. Debates about “reforming” Arabic script for print technology persisted into the twentieth century.

Arabic script continues to evolve in the digital age. Programmers have adapted it to the international Unicode standard, greatly facilitating Arabic presence online and in word processing. Technology companies are investing considerable resources to facilitate support of Arabic in their products. Professional designers around the world are bringing about a renaissance in the Arabic script community as they reinterpret classical aesthetics and push new boundaries in digital form.