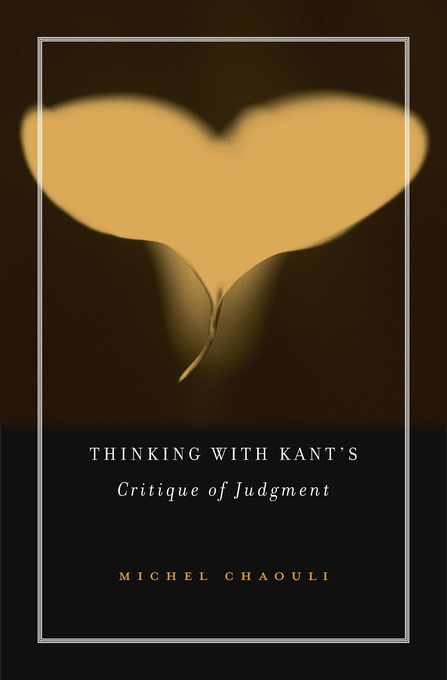 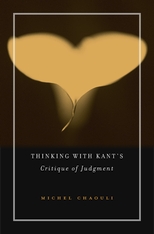 Thinking with Kant’s Critique of Judgment

“Thinking with Kant’s Critique of Judgment should become a standard companion to first-time and second-time readings of Kant’s third Critique. It is a rarity in Kant scholarship: an enthusiastic guidebook. In this inspired commentary, Kant’s book becomes a set of affective provocations that call for equally charged responses from today’s students and artists. Through a motivated psychological language portraying the work as layered in ever more ‘profound’ and ‘volatile’ strata, it uncovers in this influential text new objects of desire and zeal.”—Paul North, Yale University

“Chaouli’s book is an original and important contribution to the literature on Kant’s Critique of Judgment. It will appeal to scholars of literature and art as well as philosophers, and it is written in such a way that it could benefit both advanced readers and students at various levels.”—Eli Friedlander, Tel Aviv University

“This is an incisive, distinctive, and adventurous set of reflections on and with what is arguably the most important and influential work in aesthetic theory. As unpretentious as it is learned, Chaouli’s study worries and wonders along with the text, engaging and enlightening readers at every turn.”—Ian Balfour, York University