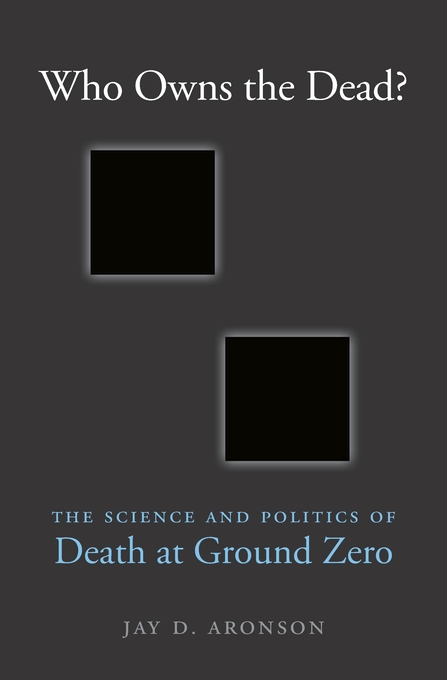 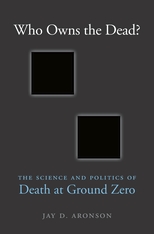 Who Owns the Dead?

The Science and Politics of Death at Ground Zero

On NPR’s All Things Considered, listen to Jay Aronson discuss the promises made to the bereaved after 9/11, the failure of forensic science to meet those promises, and what to do in the meantime:

After September 11, with New Yorkers reeling from the World Trade Center attack, Chief Medical Examiner Charles Hirsch proclaimed that his staff would do more than confirm the identity of the individuals who were killed. They would attempt to identify and return to families every human body part recovered from the site that was larger than a thumbnail. As Jay D. Aronson shows, delivering on that promise proved to be a monumentally difficult task. Only 293 bodies were found intact. The rest would be painstakingly collected in 21,900 bits and pieces scattered throughout the skyscrapers’ debris.

This massive effort—the most costly forensic investigation in U.S. history—was intended to provide families conclusive knowledge about the deaths of loved ones. But it was also undertaken to demonstrate that Americans were dramatically different from the terrorists who so callously disregarded the value of human life.

Bringing a new perspective to the worst terrorist attack in U.S. history, Who Owns the Dead? tells the story of the recovery, identification, and memorialization of the 2,753 people killed in Manhattan on 9/11. For a host of cultural and political reasons that Aronson unpacks, this process has generated endless debate, from contestation of the commercial redevelopment of the site to lingering controversies over the storage of unclaimed remains at the National 9/11 Memorial and Museum. The memory of the victims has also been used to justify military activities in the Middle East that have led to the deaths of an untold number of innocent civilians.