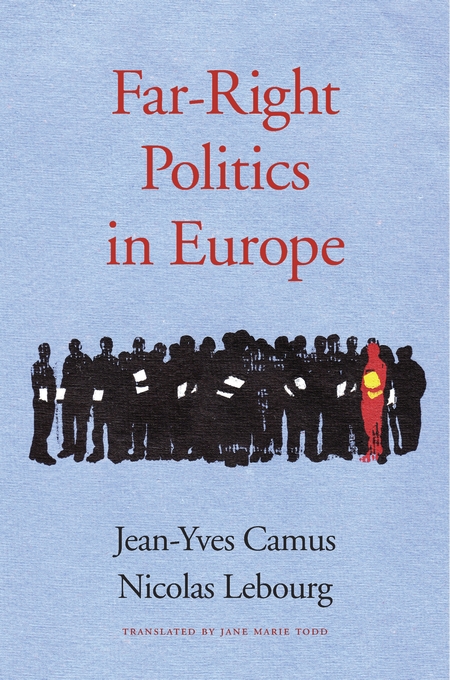 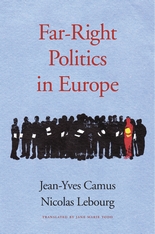 In Europe today, staunchly nationalist parties such as France’s National Front and the Austrian Freedom Party are identified as far-right movements, though supporters seldom embrace that label. More often, “far right” is pejorative, used by liberals to tar these groups with the taint of Fascism, Nazism, and other discredited ideologies. Jean-Yves Camus and Nicolas Lebourg’s critical look at the far right throughout Europe—from the United Kingdom to France, Germany, Poland, Italy, and elsewhere—reveals a prehistory and politics more complex than the stereotypes suggest and warns of the challenges these movements pose to the EU’s liberal-democratic order.

The European far right represents a confluence of many ideologies: nationalism, socialism, anti-Semitism, authoritarianism. In the first half of the twentieth century, the radical far right achieved its apotheosis in the regimes of Fascist Italy and Nazi Germany. But these movements have evolved significantly since 1945, as Far-Right Politics in Europe makes clear. The 1980s marked a turning point in political fortunes, as national-populist parties began winning seats in European parliaments. Since the terrorist attacks of 9/11 in the United States, a new wave has unfurled, one that is explicitly anti-immigrant and Islamophobic in outlook.

Though Europe’s far-right parties differ in important respects, they are motivated by a common sense of mission: to save their homelands from what they view as the corrosive effects of multiculturalism and globalization by creating a closed-off, ethnically homogeneous society. Members of these movements are increasingly determined to gain power through legitimate electoral means. In democracies across Europe, they are succeeding.