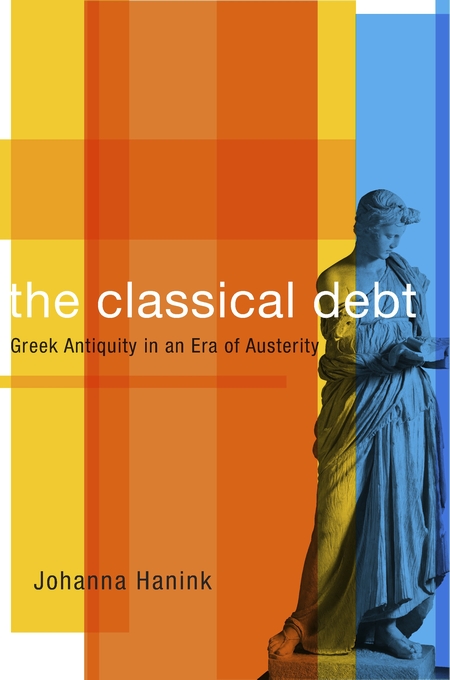 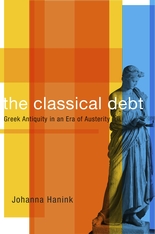 Ever since the International Monetary Fund’s first bailout of Greece’s sinking economy in 2010, the phrase “Greek debt” has meant one thing to the country’s creditors. But for millions who claim to prize culture over capital, it means something quite different: the symbolic debt that Western civilization owes to Greece for furnishing its principles of democracy, philosophy, mathematics, and fine art. Where did this other idea of Greek debt come from, Johanna Hanink asks, and why does it remain so compelling today?

The Classical Debt investigates our abiding desire to view Greece through the lens of the ancient past. Though classical Athens was in reality a slave-owning imperial power, the city-state of Socrates and Pericles is still widely seen as a utopia of wisdom, justice, and beauty—an idealization that the ancient Athenians themselves assiduously cultivated. Greece’s allure as a travel destination dates back centuries, and Hanink examines many historical accounts that express disappointment with a Greek people who fail to live up to modern fantasies of the ancient past. More than any other movement, the spread of European philhellenism in the eighteenth and nineteenth centuries carved idealized conceptions of Greece in marble, reinforcing the Western habit of comparing the Greece that is with the Greece that once was.

Today, as the European Union teeters and neighboring nations are convulsed by political unrest and civil war, Greece finds itself burdened by economic hardship and an unprecedented refugee crisis. Our idealized image of ancient Greece dangerously shapes how we view these contemporary European problems.