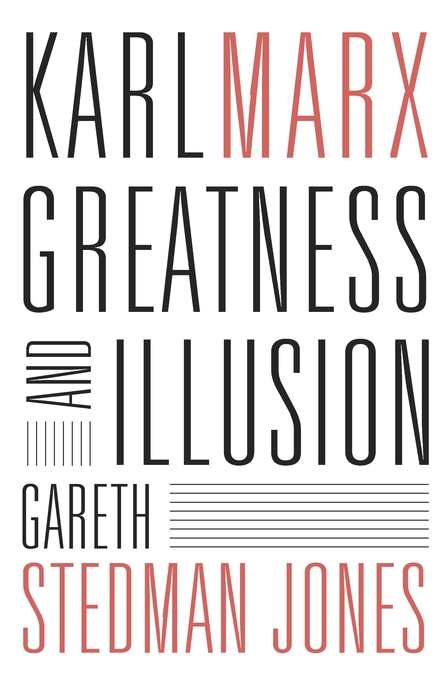 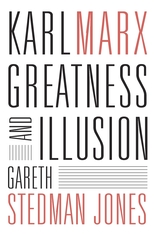 “Karl Marx: Greatness and Illusion looks to be the most substantial intellectual biography of its subject yet written.”—Benjamin Kunkel, The Nation

“Karl Marx: Greatness and Illusion, by the British historian Gareth Stedman Jones, has many virtues, among them a graceful style of narration that will guide even readers unfamiliar with 19th-century history through the period’s political controversies. Stedman Jones has a keen grasp of intellectual history, and skillfully conveys the various themes in philosophy and economics from which Marx forged his own ideas. He has written the definitive biography of Marx for our time.”—Peter E. Gordon, The New York Times Book Review

“[Stedman Jones’s] analysis of Marx’s economic and sociological diagnoses will prove enduring. Karl Marx situates Marx within his nineteenth-century context precisely in order to demonstrate the paradox of interpretative readings and misreadings which generated his global impact.”—George Steiner, The Times Literary Supplement

“[A] fine new biography… [A] rich and subtle account… Stedman Jones’s book is not a biography in the unbuttoned personal sense… It is more a Life-Times, in which Marx’s physical and intellectual travels are recounted against a carefully inked-in historical background… Gareth Stedman Jones performs the delicate task of disassembling the doctrine without dismissing the thinker, cutting the wires that link the two with all the delicacy of a bomb disposal expert. It is a remarkable and irreplaceable achievement.”—Ferdinand Mount, The Times Literary Supplement

“Important… [Stedman Jones] bring[s] exceptional learning to the business of rooting Marx in the intellectual and political life of nineteenth-century Europe.”—Louis Menand, The New Yorker

“One of the many virtues of Gareth Stedman Jones’ substantial new biography of Karl Marx is that it traces the ways in which the intense imaginings and flawed theorizing of one man—including many ideas he himself discarded before his death—came to play a major role in shaping the bloody 20th century. Mostly, it should be added, in ways Marx himself never dreamed of and would probably have found appalling… [A] meticulously researched and highly evocative portrayal.”—Aram Bakshian, Jr., The Washington Times

“[Stedman Jones] writes quite well about the development of Marx’s intellectual circle and outlook, but he also regularly reminds us of the little human details of the man… Karl Marx: Greatness and Illusion is ultimately, amazingly, a bright and readable biography.”—Steve Donoghue, Open Letters Monthly

“Stedman Jones makes Marx a man in his time, forever reading, revising, and yearning to puzzle out his emerging global present. Karl Marx: Greatness and Illusion is a majestically important book about an intellectual struggling to make sense of a rapidly integrating world; it is also a fascinating portrait of that world seen through one mind’s eye.”—Jeremy Adelman, Public Books

“[A] clear-eyed biography of the founding theorist of communism. In Jones’s well-drawn portrait, Marx is an unappealing figure… Jones’s criticism of Marx’s philosophy is sharp but balanced… [He] clears up some of the mythology surrounding this controversial icon and his thinking.”—Publishers Weekly

“A deeply original and illuminating account of Marx’s journey through the intellectual history of the nineteenth century. Stedman Jones explores the friendships, affinities, rivalries and hatreds that shaped Marx’s life with elegance and analytical brilliance. He anchors his narrative in a startlingly textured account of the society and politics of Marx’s era. Most important of all, he brings to life the thoughts of a plethora of other writers, showing how Marx’s engagements with the thoughts of others enabled him to navigate a course that often had little or nothing to do with the Marxism of the twentieth century. A profound reappraisal and a gripping read.”—Christopher Clark, author of The Sleepwalkers

“This is a masterly instance of intellectual biography, sure to be the standard work on the subject in any language. Stedman Jones is the only biographer or commentator who successfully explicates Marx’s intense engagements with his political milieux. Karl Marx: Greatness and Illusion presents not just a ‘rounded’ picture of his subject, but an intelligible one.”—Terrell Carver, University of Bristol

“It is the achievement of Stedman Jones’s great biography that it weds sensitivity to Marx’s singular individuality with deep understanding of the philosophical and political contributions that make this particular individual worthy of our attention and paints Marx’s life and thought on a canvas that amounts to nothing less than a history of nineteenth-century Europe.”—Warren Breckman, University of Pennsylvania

“Stedman Jones has a deserved and longstanding international reputation as a highly distinguished modern historian. He has written a wonderful book faithful to the messy reality of Marx’s life and intellectual evolution.”—David Leopold, University of Oxford

“This outstanding work shows with remarkable clarity how Karl Marx developed his thought in response to that of his contemporaries…The author links [the] fluctuations in Marx’s writings to the dramatic changes that took place in Europe in the 19th century. One of the book’s great strengths is how well it portrays these changes. Another is how lucidly it covers Marx’s struggles with those who were earlier his allies (particularly Mikhail Bakunin and Ferdinand Lassalle).”—S. Bailey, Choice