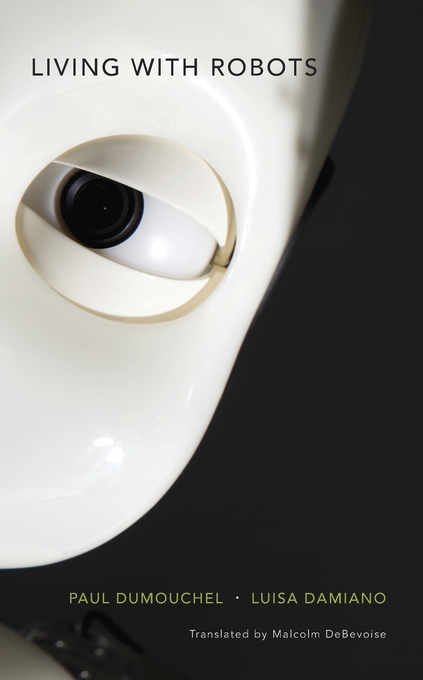 Living with Robots recounts a foundational shift in the field of robotics, from artificial intelligence to artificial empathy, and foreshadows an inflection point in human evolution. Today’s robots engage with human beings in socially meaningful ways, as therapists, trainers, mediators, caregivers, and companions. Social robotics is grounded in artificial intelligence, but the field’s most probing questions explore the nature of the very real human emotions that social robots are designed to emulate.

Social roboticists conduct their inquiries out of necessity—every robot they design incorporates and tests a number of hypotheses about human relationships. Paul Dumouchel and Luisa Damiano show that as roboticists become adept at programming artificial empathy into their creations, they are abandoning the conventional conception of human emotions as discrete, private, internal experiences. Rather, they are reconceiving emotions as a continuum between two actors who coordinate their affective behavior in real time. Rethinking the role of sociability in emotion has also led the field of social robotics to interrogate a number of human ethical assumptions, and to formulate a crucial political insight: there are simply no universal human characteristics for social robots to emulate. What we have instead is a plurality of actors, human and nonhuman, in noninterchangeable relationships.

As Living with Robots shows, for social robots to be effective, they must be attentive to human uniqueness and exercise a degree of social autonomy. More than mere automatons, they must become social actors, capable of modifying the rules that govern their interplay with humans.