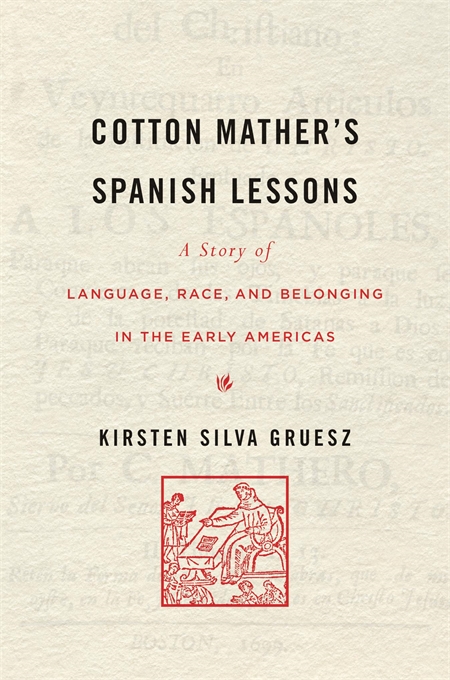 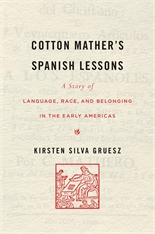 A Story of Language, Race, and Belonging in the Early Americas

A sweeping history of linguistic and colonial encounter in the early Americas, anchored by the unlikely story of how Boston’s most famous Puritan came to write the first Spanish-language publication in the English New World.

The Boston minister Cotton Mather was the first English colonial to refer to himself as an American. He was also the first to author a Spanish-language publication: La Fe del Christiano (The Faith of the Christian), a Protestant tract intended to evangelize readers across the Spanish Americas. Kirsten Silva Gruesz explores the conditions that produced La Fe del Christiano, from the intimate story of the “Spanish Indian” servants in Mather’s household, to the fragile business of printing and bookselling, to the fraught overlaps of race, ethnicity, and language that remain foundational to ideas of Latina/o/x belonging in the United States today.

Mather’s Spanish project exemplifies New England’s entanglement within a partially Spanish Catholic, largely Indigenous New World. British Americans viewed Spanish not only as a set of linguistic practices, but also as the hallmark of a rival empire and a nascent racial-ethnic category. Guided by Mather’s tract, Gruesz explores English settlers’ turbulent contacts with the people they called “Spanish Indians,” as well as with Black and local native peoples. Tracing colonial encounters from Boston to Mexico, Florida, and the Caribbean, she argues that language learning was intimately tied with the formation of new peoples. Even as Spanish has become the de facto second language of the United States, the story of La Fe del Christiano remains timely and illuminating, locating the roots of latinidad in the colonial system of the early Americas.

Cotton Mather’s Spanish Lessons reinvents our understanding of a key colonial intellectual, revealing notions about language and the construction of race that endure to this day.