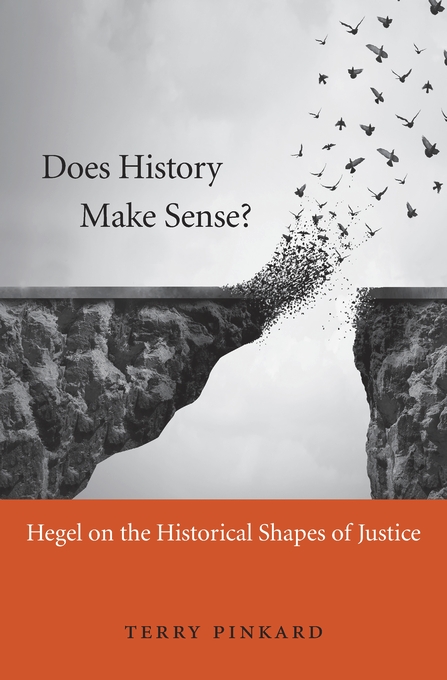 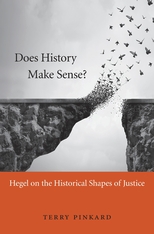 Hegel on the Historical Shapes of Justice

Hegel’s philosophy of history—which most critics view as a theory of inevitable progress toward modern European civilization—is widely regarded as a failure today. In Does History Make Sense? Terry Pinkard argues that Hegel’s understanding of historical progress is not the kind of teleological or progressivist account that its detractors claim, but is based on a subtle understanding of human subjectivity.

Pinkard shows that for Hegel a break occurred between modernity and all that came before, when human beings found a new way to make sense of themselves as rational, self-aware creatures. In Hegel’s view of history, different types of sense-making become viable as social conditions change and new forms of subjectivity emerge. At the core of these changes are evolving conceptions of justice—of who has authority to rule over others. In modern Europe, Hegel believes, an unprecedented understanding of justice as freedom arose, based on the notion that every man should rule himself. Freedom is a more robust form of justice than previous conceptions, so progress has indeed been made. But justice, like health, requires constant effort to sustain and cannot ever be fully achieved.

For Hegel, philosophy and history are inseparable. Pinkard’s spirited defense of the Hegelian view of history will play a central role in contemporary reevaluations of the philosopher’s work.