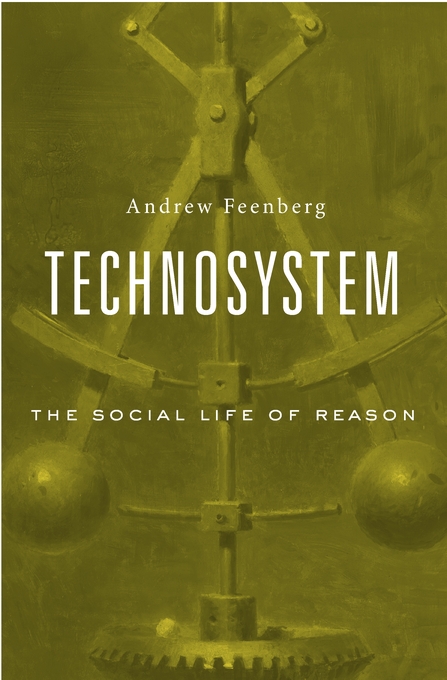 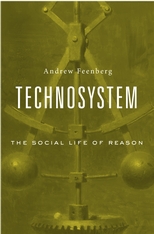 The Social Life of Reason

“Feenberg is widely recognised as one of the major critical theorists of technology in the world today… An outstanding work of philosophy of technology in which classical authors of the field (Marx, Foucault, Lukács, Marcuse, Heidegger, Simondon, Latour and others) are brilliantly given commentary, re-interpreted, and integrated to Feenberg’s own approach: ‘critical constructivism.’”—Ludovic Bonduel, Marx & Philosophy Review of Books

“Feenberg’s approach looks beyond binary dystopian and utopian views of technology as dominating and controlling or as uncontested goods. Using thinkers such as Marcuse, Feenberg throughout the book challenges us to think about how technologies are designed, made and used, in our postdigital reality.”—Adam Matthews, Postdigital Science and Education

“Many experts would rank Andrew Feenberg as the best contemporary philosopher of technology coming from the critical theory tradition. After this book, the number of readers so ranking him is bound to increase.”—Don Ihde, Technology and Culture

“An engaging, lucid and illuminating discussion of some of the most urgent questions about the nature of modernity.”—Alexander Thomas, Theory, Culture & Society

“Feenberg presents a compelling argument about where we might find democratic sources of resistance to the distortions and pathologies arising from the application of various technologies in daily life. In an extremely far-reaching and important conclusion, he shows that there is no such thing as value-neutral technology, even at the simplest level of a tool. This is one of the best attempts known to me to realize Hegel’s account of philosophy as the attempt to ‘comprehend one’s own time in thought.’”—Robert B. Pippin, University of Chicago

“Feenberg has written his magnum opus. It is as ambitious and broad-ranging as it is carefully argued and lucidly illustrated. He develops a theory of politics of technosystems by combining STS and philosophy and thus making politics thinkable in our technological cultures. Technosystem is obligatory reading for all STS scholars interested in democratization of our techno-scientific societies.”—Wiebe E. Bijker, Maastricht University

“Technology cannot escape the hubris of its agents, who expect to change the world without being changed themselves. Andrew Feenberg has provided us with an engaging critique of sociotechnical rationality, designed to uncover the reified, distorted logic of the whole technosystem, while retrieving the Lukacsian project of a de-reified alternative in line with our historical context. An original, illuminating, and scholarly contribution to the philosophy of technology.”—Alessandro Ferrara, University of Rome Tor Vergata