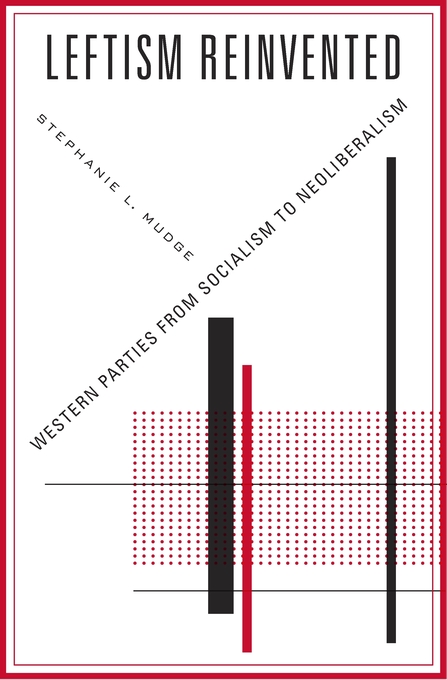 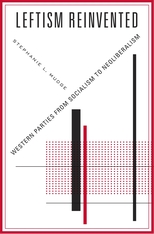 Western Parties from Socialism to Neoliberalism

“Leftism Reinvented provides a wealth of information, and very few scholars exhibit Mudge’s mastery of the economic policies across so many parties over such a stretch of time… It is necessary reading for anyone seeking to understand our current political predicament.”—Edwin Amenta, American Journal of Sociology

“Stephanie L. Mudge has written a magisterial account explaining how neoliberalism came to be a dominant way of thinking among the European and American Left. Through a detailed and rich sociological account, she explains that leftist parties changed their way of seeing and wanting to shape the social world because of their shifting relationship to economic knowledge. Economic experts, far from the original organic intellectuals of labor movements, became the mediators of ideological transformation, shaping party positions and confirming neoliberalism as the current version of progressive politics. This is a necessary book for everyone with an interest in progressive politics.”—Jenny Andersson, Co-Director of the Max Planck Sciences Po Center on Coping with Instability in Market Societies (MaxPo)

“Why is the Left failing everywhere? Because back in the 1990s, left-wing parties gave up on growing their core constituencies, turning instead to a cadre of technicians. Mudge argues that success of center-left parties rested upon their ability to ‘win, represent, and shape how people think.’ This latter goal used to be the province of ‘economist theoreticians’ who embraced a ‘Keynesian ethic.’ But as economics changed, so did the visions of the economists who guided left parties. Why the Left is dying owes much to their interventions.”—Mark Blyth, Watson Institute of International and Public Affairs, Brown University

“How were the parties of the center-left converted from Keynesian technocracy to third-way neoliberalism? Stephanie Mudge presents a highly original account featuring changes in the economics profession leading to the displacement of economic experts in government policy and party politics by political consultants and spin doctors. Covering the United States and four European countries, the book adds importantly to our understanding of recent political history, the transformation of left-wing political parties, and today’s crisis of democratic politics.”—Wolfgang Streeck, Max Planck Institute for the Study of Societies

As the nation is gripped in the throes of large-scale protests and there are calls for justice in the murder of George Floyd by Minneapolis police, as well as for an end to systemic racism and police brutality, this excerpt from Elizabeth Hinton’s From the War on Poverty to the War on Crime: The Making of Mass Incarceration in America details how the War on Crime, begun in the ’60s, focused mainly on urban crime and unfairly targeted A…