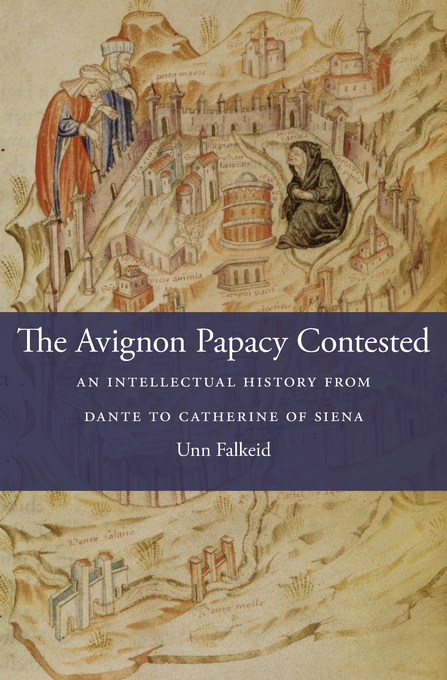 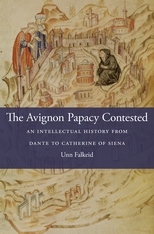 An Intellectual History from Dante to Catherine of Siena

“Falkeid’s book is a welcome addition to the history of the political and intellectual climate of Europe in the fourteenth century.”—New Criterion

“Deserves to be read by all scholars interested in late medieval political thought and the history of the Avignon papacy. [Falkeid] provides a fresh way of looking at the fourteenth-century treatment of issues of papal claims to power.”—Joseph Canning, Journal of Ecclesiastical History

“In this fine work, Unn Falkeid illuminates the study of the fourteenth century and the Avignon papacy by bringing together the work and thought of six thinkers rarely seen side by side: Dante, Marsilius of Padua, William of Ockham, Petrarch, Birgitta of Sweden, and Catherine of Siena. With firm command of their written work, a lively sense of that period’s troubled political life, and a sharp instinct for the mot juste, Falkeid shows that those thinkers share a kind of unity that in prior scholarship went unremarked. In doing so, she also makes an important point: in pre-modern western history, ‘political thought’ can be found in a range of sources far wider than traditionally assumed.”—Christopher Celenza, author of Machiavelli: A Portrait

“In this intellectually ambitious book, Falkeid demonstrates quite well how the development of the Avignon papacy created a disconcerting yet fertile environment that forced many of the smartest people in Europe at the time to confront new issues and strike out in new directions. A fine piece of scholarship.”—George W. Dameron, author of Florence and Its Church in the Age of Dante

“The Avignon Papacy Contested is an impressive study by a sensitive reader of fourteenth-century history, literature, and theological controversy. Falkeid moves effortlessly across disciplines to tell a story of intense debates and disagreements that made themselves felt in seemingly every corner of Europe, especially Italy.”—Jane Tylus, author of Siena, City of Secrets