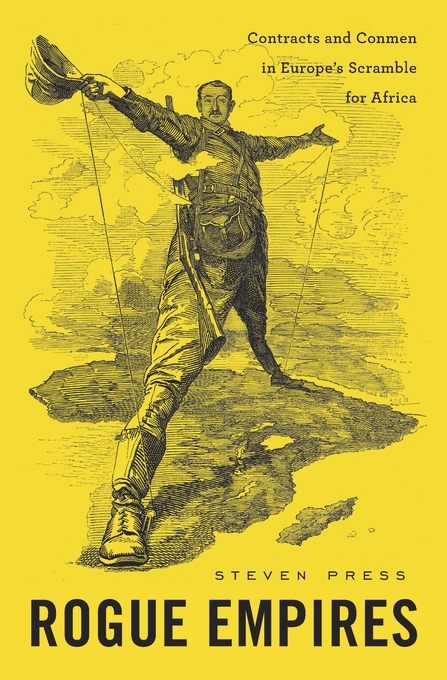 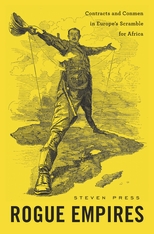 Contracts and Conmen in Europe’s Scramble for Africa

In the 1880s, Europeans descended on Africa and grabbed vast swaths of the continent, using documents, not guns, as their weapon of choice. Rogue Empires follows a paper trail of questionable contracts to discover the confidence men whose actions touched off the Scramble for Africa. Many of them were would-be kings who sought to establish their own autonomous empires across the African continent—often at odds with traditional European governments which competed for control.

From 1882 to 1885, independent European businessmen and firms (many of doubtful legitimacy) produced hundreds of deeds purporting to buy political rights from indigenous African leaders whose understanding of these agreements was usually deemed irrelevant. A system of privately governed empires, some spanning hundreds of thousands of square miles, promptly sprang up in the heart of Africa. Steven Press traces the notion of empire by purchase to an unlikely place: the Southeast Asian island of Borneo, where the English adventurer James Brooke bought his own kingdom in the 1840s. Brooke’s example inspired imitators in Africa, as speculators exploited a loophole in international law in order to assert sovereignty and legal ownership of lands which they then plundered for profit.

The success of these experiments in governance attracted notice in European capitals. Press shows how the whole dubious enterprise came to a head at the Berlin Conference of 1884–1885, when King Leopold of Belgium and the German Chancellor Bismarck embraced rogue empires as legal precedents for new colonial agendas in the Congo, Namibia, and Cameroon.