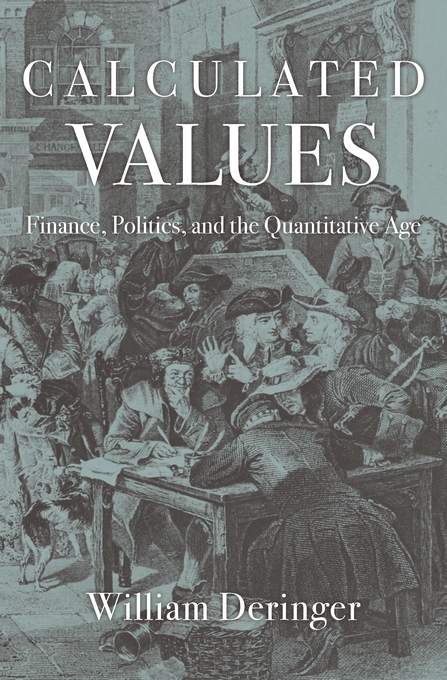 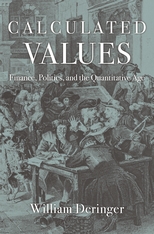 Finance, Politics, and the Quantitative Age

“[Statistics] are center stage again now for reasons of both political conflict and epistemological uncertainty. Once again, some politicians wield numbers without any great concern about their accuracy or meaningfulness; the victory in debate is all that matters. Once again, given the profound changes in the structure of the economy, we can’t be sure what categories and methods will give us the understanding we would like. This is a terrific book for reflecting on contested and uncertain statistical terrain.”—Diane Coyle, Enlightened Economist

“Shows how numerical calculation has both worked and failed in political life and what we can learn from it to help us use numbers more effectively in the future… A tour de force of intellectual and social history to explain how numerical thinking became the way to understand the world. Original in its approach and sophisticated in its argument.”—Lee Trepanier, VoegelinView

“[Deringer] focuses on the early 18th century, with its increasingly vitriolic debates over government expenditure, taxation, and debt as well as the trade balance… Deringer tells these vivid stories with a richness of research that brings to life not only the events surrounding them but also the many famous characters involved. We can learn from the 18th century debate, he says, by promoting new and diverse computational approaches to stimulate public debate and offset what he fears is growing anti-quantitative sentiment.”—Robert Heath, Finance & Development

“Tells the coming-of-age story of (early) modern public fascination with numbers… A great book that should be on the shelves of everyone who takes history of economic thought seriously.”—Gábor Bíró, History of European Ideas

“A thoroughly impressive work… [Deringer] recontextualizes the skepticism about numbers and suspicion of ‘experts’ in our time as something that has existed from the beginning rather than a recent disillusionment… A book this insightful about the past and with such a trenchant analysis of the present is a rare pleasure indeed.”—Chris Dudley, Journal of British Studies

“Highly original in its research, highly intelligent in its analysis, and highly sophisticated in its argumentation, there is much to impress in this book. Calculated Values resonates with our own financial obsessions.”—Theodore Porter, University of California, Los Angeles

“Engaging, learned, and beautifully written, Calculated Values is a major scholarly work. Deringer builds on his own experiences as a financial calculator to imbue material that otherwise might be a tad dry with a sense of wonder and adventure, not to mention an adroit sentiment of happy-go-lucky deceitfulness. It is a must-read for a wide variety of scholars and interested general readers—truly impressive and timely in the extreme.”—Sophus A. Reinert, Harvard Business School

“Deringer’s inspired and insightful book shows how mathematics and accounting mixed with politics to create modern finance. The story is so important, and yet, until now, has not been told. There is no way to understand the birth of economics without reading it.”—Jacob Soll, University of Southern California