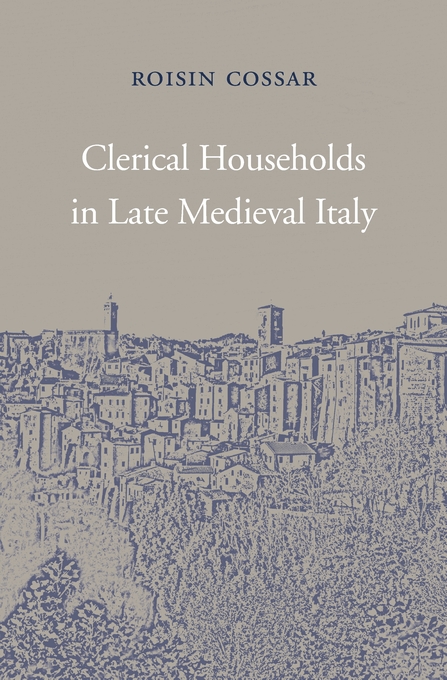 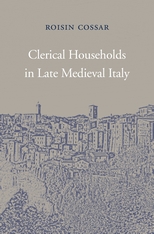 Roisin Cossar brings a new perspective to the history of the Christian church in fourteenth century Italy by examining how clerics managed efforts to reform their domestic lives in the decades after the arrival of the Black Death.

Priests at the end of the Middle Ages resembled their lay contemporaries as they entered into domestic relationships with women, fathered children, and took responsibility for managing households, or familiae. Cossar limns a complex portrait of daily life in the medieval clerical familia that traces the phases of its development. Many priests began their vocation as apprentices in the households of older clerics. In middle age, priests fully embraced the traditional role of paterfamilias—patriarchs with authority over their households, including servants and, especially in Venice, slaves. As fathers they endeavored to establish their illegitimate sons in a clerical family trade. They also used their legal knowledge to protect their female companions and children against a church that frowned on such domestic arrangements and actively sought to stamp them out.

Clerical Households in Late Medieval Italy refutes the longstanding charge that the late medieval clergy were corrupt, living licentious lives that failed to uphold priestly obligations. In fashioning a domestic culture that responded flexibly to their own needs, priests tempered the often unrealistic expectations of their superiors. Their response to the rigid demands of church reform allowed the church to maintain itself during a period of crisis and transition in European history.