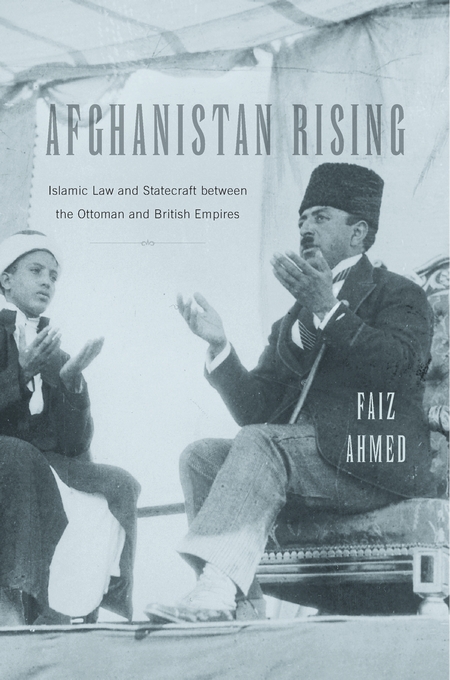 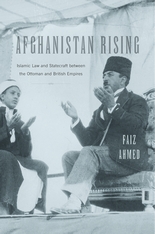 Islamic Law and Statecraft between the Ottoman and British Empires

Debunking conventional narratives of Afghanistan as a perennial war zone or marginal frontier, Faiz Ahmed presents a vibrant account of the first Muslim-majority country to gain independence from the British Empire, form a fully sovereign government, and promulgate an original constitution after the fall of the Ottoman Empire.

Far from a landlocked wilderness, turn-of-the-twentieth-century Afghanistan was a magnet for itinerant scholars and emissaries shuttling between Ottoman and British imperial domains. Tracing Afghans’ longstanding but seldom examined scholastic ties to Istanbul, Damascus, and Baghdad, as well as greater Delhi and Lahore, Ahmed vividly describes how the Kabul court recruited jurists to craft a modern state within the interpretive traditions of Islamic law and ethics, or shariʿa, and international legal norms. Beginning with the first Ottoman mission to Kabul in 1877, and culminating with parallel independence struggles in Afghanistan, India, and Turkey after World War I, this rich narrative explores encounters between diverse streams of Muslim thought and politics—from Young Turk lawyers to Pashtun clerics; Ottoman Arab officers to British Raj bureaucrats; and the last caliphs to a remarkable dynasty of Afghan kings and queens.

By unearthing a lost history behind Afghanistan’s independence and first constitution, Ahmed shows how debates today on Islam, governance, and the rule of law have deep roots in a beleaguered land. Based on research in six countries and as many languages, Afghanistan Rising rediscovers a time when Kabul stood proudly for anticolonial coalitions, self-determination, and contested visions of reform in the Global South and Islamicate world.