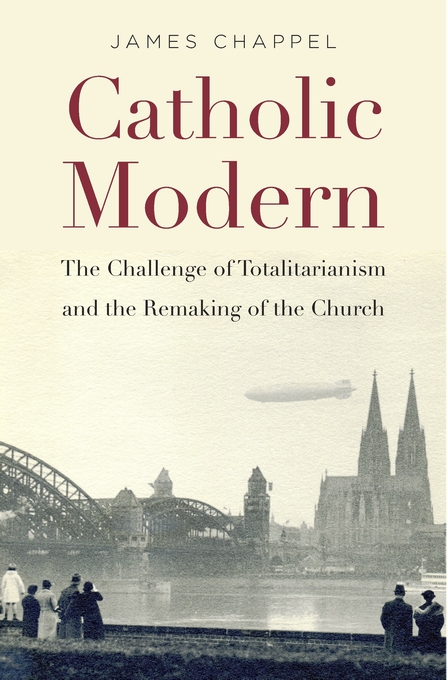 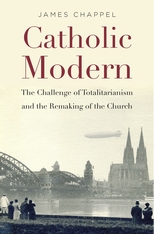 The Challenge of Totalitarianism and the Remaking of the Church

In 1900 the Catholic Church stood staunchly against human rights, religious freedom, and the secular state. According to the Catholic view, modern concepts like these, unleashed by the French Revolution, had been a disaster. Yet by the 1960s, those positions were reversed. How did this happen? Why, and when, did the world’s largest religious organization become modern?

James Chappel finds an answer in the shattering experiences of the 1930s. Faced with the rise of Nazism and Communism, European Catholics scrambled to rethink their Church and their faith. Simple opposition to modernity was no longer an option. The question was how to be modern. These were life and death questions, as Catholics struggled to keep Church doors open without compromising their core values. Although many Catholics collaborated with fascism, a few collaborated with Communists in the Resistance. Both strategies required novel approaches to race, sex, the family, the economy, and the state.

Catholic Modern tells the story of how these radical ideas emerged in the 1930s and exercised enormous influence after World War II. Most remarkably, a group of modern Catholics planned and led a new political movement called Christian Democracy, which transformed European culture, social policy, and integration. Others emerged as left-wing dissidents, while yet others began to organize around issues of abortion and gay marriage. Catholics had come to accept modernity, but they still disagreed over its proper form. The debates on this question have shaped Europe’s recent past—and will shape its future.