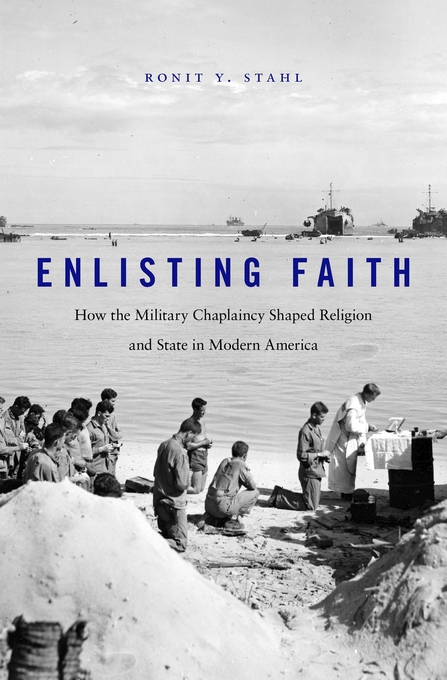 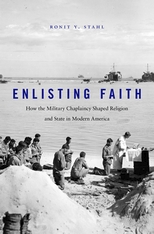 How the Military Chaplaincy Shaped Religion and State in Modern America

A century ago, as the United States prepared to enter World War I, the military chaplaincy included only mainline Protestants and Catholics. Today it counts Jews, Mormons, Muslims, Christian Scientists, Buddhists, Seventh-day Adventists, Hindus, and evangelicals among its ranks. Enlisting Faith traces the uneven processes through which the military struggled with, encouraged, and regulated religious pluralism over the twentieth century.

Moving from the battlefields of Europe to the jungles of Vietnam and between the forests of Civilian Conservation Corps camps and meetings in government offices, Ronit Y. Stahl reveals how the military borrowed from and battled religion. Just as the state relied on religion to sanction war and sanctify death, so too did religious groups seek recognition as American faiths. At times the state used religion to advance imperial goals. But religious citizens pushed back, challenging the state to uphold constitutional promises and moral standards.

Despite the constitutional separation of church and state, the federal government authorized and managed religion in the military. The chaplaincy demonstrates how state leaders scrambled to handle the nation’s deep religious, racial, and political complexities. While officials debated which clergy could serve, what insignia they would wear, and what religions appeared on dog tags, chaplains led worship for a range of faiths, navigated questions of conscience, struggled with discrimination, and confronted untimely death. Enlisting Faith is a vivid portrayal of religious encounters, state regulation, and the trials of faith—in God and country—experienced by the millions of Americans who fought in and with the armed forces.