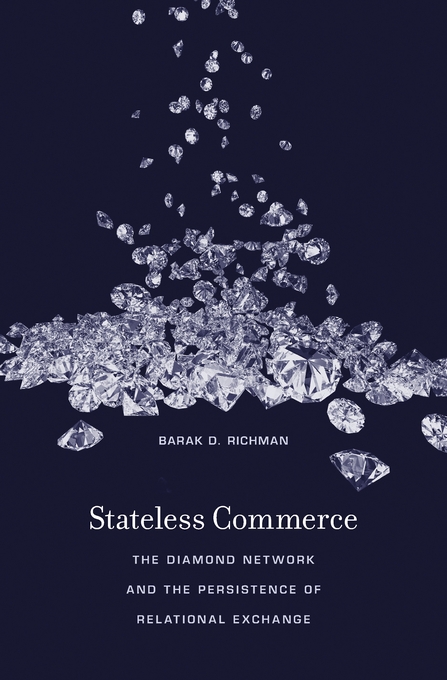 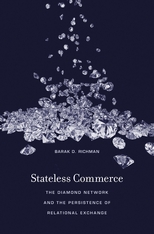 The Diamond Network and the Persistence of Relational Exchange

In Stateless Commerce, Barak Richman uses the colorful case study of the diamond industry to explore how ethnic trading networks operate and why they persist in the twenty-first century. How, for example, does the 47th Street diamond district in midtown Manhattan—surrounded by skyscrapers and sophisticated financial institutions—continue to thrive as an ethnic marketplace that operates like a traditional bazaar? Conventional models of economic and technological progress suggest that such primitive commercial networks would be displaced by new trading paradigms, yet in the heart of New York City the old world persists. Richman’s explanation is deceptively simple. Far from being an anachronism, 47th Street’s ethnic enclave is an adaptive response to the unique pressures of the diamond industry.

Ethnic trading networks survive because they better fulfill many functions usually performed by state institutions. While the modern world rests heavily on lawyers, courts, and state coercion, ethnic merchants regularly sell goods and services by relying solely on familiarity, trust, and community enforcement—what economists call “relational exchange.” These commercial networks insulate themselves from the outside world because the outside world cannot provide those assurances.

Extending the framework of transactional cost and organizational economics, Stateless Commerce draws on rare insider interviews to explain why personal exchange succeeds, even as most global trade succumbs to the forces of modernization, and what it reveals about the limitations of the modern state in governing the economy.