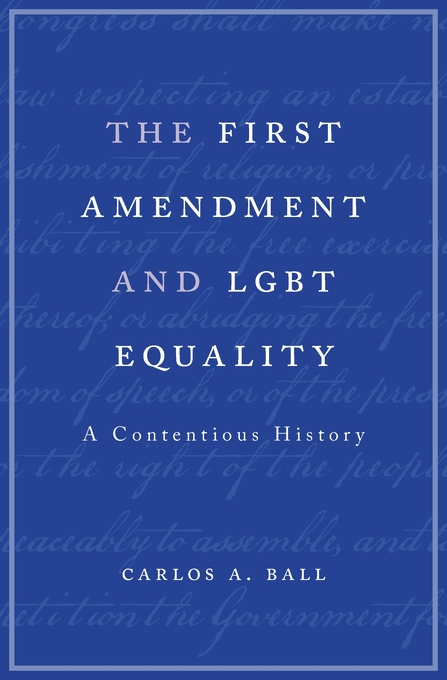 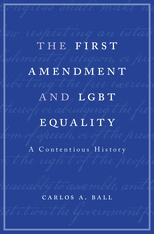 The First Amendment and LGBT Equality

Conservative opponents of LGBT equality in the United States often couch their opposition in claims of free speech, free association, and religious liberty. It is no surprise, then, that many LGBT supporters equate First Amendment arguments with resistance to their cause. The First Amendment and LGBT Equality tells another story, about the First Amendment’s crucial yet largely forgotten role in the first few decades of the gay rights movement.

Between the 1950s and 1980s, when many courts were still openly hostile to sexual minorities, they nonetheless recognized the freedom of gay and lesbian people to express themselves and associate with one another. Successful First Amendment cases protected LGBT publications and organizations, protests and parades, and individuals’ right to come out. The amendment was wielded by the other side only after it had laid the groundwork for major LGBT equality victories.

Carlos A. Ball illuminates the full trajectory of this legal and cultural history. He argues that, in accommodating those who dissent from LGBT equality on grounds of conscience, it is neither necessary nor appropriate to depart from the established ways in which American antidiscrimination law has, for decades, accommodated equality dissenters. But he also argues that as progressives fight the First Amendment claims of religious conservatives and other LGBT opponents today, they should take care not to erode the very safeguards of liberty that allowed LGBT rights to exist in the first place.