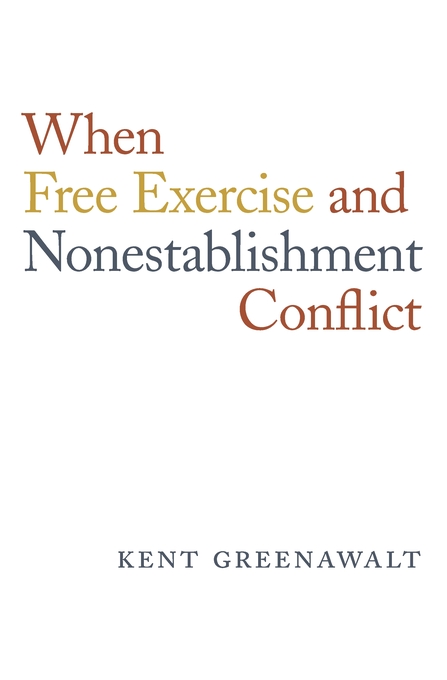 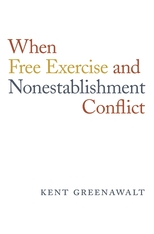 When Free Exercise and Nonestablishment Conflict

The First Amendment to the United States Constitution begins: “Congress shall make no law respecting an establishment of religion or prohibiting the free exercise thereof.” Taken as a whole, this statement has the aim of separating church and state, but tensions can emerge between its two elements—the so-called Nonestablishment Clause and the Free Exercise Clause—and the values that lie beneath them.

If the government controls (or is controlled by) a single church and suppresses other religions, the dominant church’s “establishment” interferes with free exercise. In this respect, the First Amendment’s clauses coalesce to protect freedom of religion. But Kent Greenawalt sets out a variety of situations in which the clauses seem to point in opposite directions. Are ceremonial prayers in government offices a matter of free exercise or a form of establishment? Should the state provide assistance to religious private schools? Should parole boards take prisoners’ religious convictions into account? Should officials act on public reason alone, leaving religious beliefs out of political decisions? In circumstances like these, what counts as appropriate treatment of religion, and what is misguided?

When Free Exercise and Nonestablishment Conflict offers an accessible but sophisticated exploration of these conflicts. It explains how disputes have been adjudicated to date and suggests how they might be better resolved in the future. Not only does Greenawalt consider what courts should decide but also how officials and citizens should take the First Amendment’s conflicting values into account.