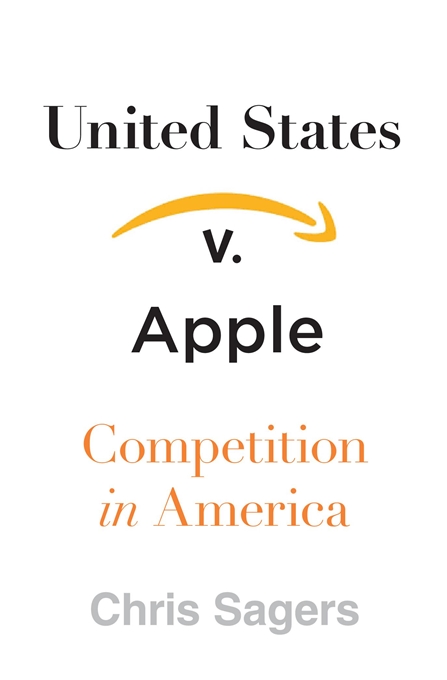 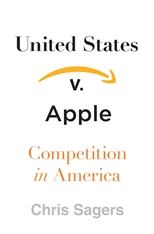 “There is, I think, great wisdom in Sagers’s decision to look at antitrust history and policy from the perspective of a particular antitrust case that has generated a lot of public discussion… Pulls some interesting and important threads from antitrust history… Not only brilliantly conceived but also well timed, coming at a moment of great uncertainty about the goals of antitrust law.”—Don Allen Resnikoff, Washington Lawyer

“Persuasively argued… Through an array of concisely rendered, instructive examples from law and history, Sagers explores the public backlash to the Apple case as a ‘microcosm’ of the broader political and societal dilemmas that have effectively hamstrung modern antitrust enforcement.”—Publishers Weekly

“In this enjoyable, timely, and insightful book, Chris Sagers uses the colorful price-fixing case of United States v. Apple to explore the complexities and ironies of antitrust law. By bringing to the surface the cultural implications of antitrust and popular attitudes toward it, Sagers adds a much-needed dimension to the public and academic debate.”—Eric A. Posner, coauthor of Radical Markets: Uprooting Capitalism and Democracy for a Just Society

“This book couldn’t be timelier. Amid growing calls from legislators and industry leaders to break up the big tech firms and to fire up the nation’s long dormant antitrust engines, Sagers’s richly detailed exploration of the Apple ebooks case, a rather ordinary case on the facts, offers an extraordinary lens on the very nature of competition, and the importance of sound, vigilant antitrust enforcement.”—Andrew Richard Albanese, author of The Battle of $9.99: How Apple, Amazon and the Big Six Publishers Changed the E-Book Business Overnight

“Chris Sagers has written an instructive and thought-provoking meditation on much more than an important antitrust case about ebooks. Page after page rewards the reader with new insights and important lessons.”—Jonathan B. Baker, author of The Antitrust Paradigm: Restoring a Competitive Economy

“United States v. Apple was not a close call: Apple and five publishers conspired to rig the prices of ebooks, taking money from readers. But many observers seemed to think that Apple, the villain of the story, was somehow the hero—and Amazon, the biggest victim, was secretly the villain. In this masterful book, Chris Sagers convincingly refutes this antitrust revisionism. United States v. Apple is an essential guide to one of the digital economy’s most important cases.”—James Grimmelmann, author of Internet Law: Cases and Problems

“At a time when national attention has turned to antitrust law to cure the perceived excesses of the largest and most successful technology firms, Sagers reminds us that there is no gain without pain when it comes to industrial revolutions. A society that does not address this pain through social policies will quickly lose popular support for antitrust laws and competition.”—Andrew I. Gavil, coauthor of The Microsoft Antitrust Cases: Competition Policy for the Twenty-first Century

“Sagers takes his readers on a fascinating journey through the history of the book industry… This essay cannot do justice to the in-depth, complex, and captivating narrative strands that Sagers weaves together to take us [to the Apple case]. Indeed, by the time the readers get to the conspiracy itself, Sagers’s rich analysis makes it look like an almost unavoidable result of the longstanding tensions in the relevant industries and in the law.”—Guy A. Rub, Professor of Law, The Ohio State University

“Sagers is a wonderful storyteller. His narrative is both rich in relevant factual information and entertaining stories. The reader will come away from this book with a much deeper understanding of the book industry, the role of antitrust in American society, and the relationship between the two.”—Abraham L. Wickelgren, Professor of Law, University of Texas

“It just blew me away… This is one of the best academic books I’ve read in a long time.”—Brian L. Frye, Professor of Law, University of Kentucky, and host of the podcast Ipse Dixit