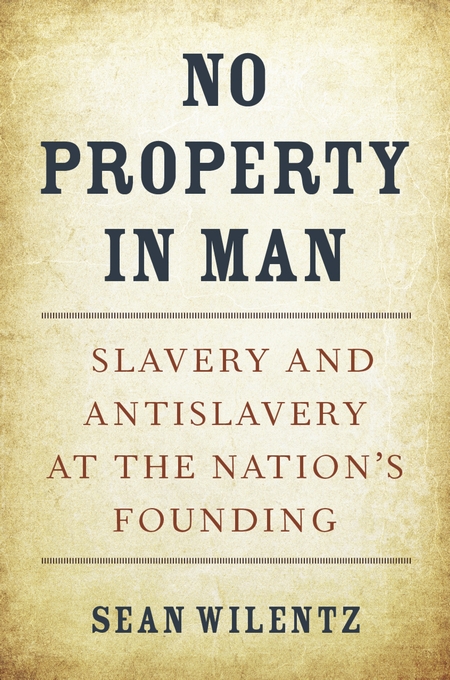 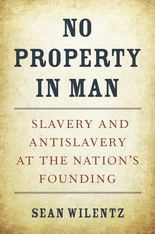 Listen to Sean Wilentz discuss No Property in Man—and argue that, far from covering up a crime against humanity, the Constitution restricted slavery’s legitimacy under the new national government—on the podcast The Age of Jackson: Listen to “Ep. 56: Slavery and Antislavery at the Nation’s Founding with Sean Wilentz” on Spreaker

A radical reconstruction of the founders’ debate over slavery and the Constitution, by the best-selling, award-winning author of The Rise of American Democracy.

Americans revere the Constitution even as they argue fiercely over its original toleration of slavery. Some historians have charged that slaveholders actually enshrined human bondage at the nation’s founding. The acclaimed political historian Sean Wilentz shares the dismay but sees the Constitution and slavery differently. Although the proslavery side won important concessions, he asserts, antislavery impulses also influenced the framers’ work. Far from covering up a crime against humanity, the Constitution restricted slavery’s legitimacy under the new national government. In time, that limitation would open the way for the creation of an antislavery politics that led to Southern secession, the Civil War, and Emancipation.

Wilentz’s controversial and timely reconsideration upends orthodox views of the Constitution. He describes the document as a tortured paradox that abided slavery without legitimizing it. This paradox lay behind the great political battles that fractured the nation over the next seventy years. As Southern Fire-eaters invented a proslavery version of the Constitution, antislavery advocates, including Abraham Lincoln and Frederick Douglass, proclaimed antislavery versions based on the framers’ refusal to validate what they called “property in man.”

No Property in Man invites fresh debate about the political and legal struggles over slavery that began during the Revolution and concluded with the Confederacy’s defeat. It drives straight to the heart of the most contentious and enduring issue in all of American history.