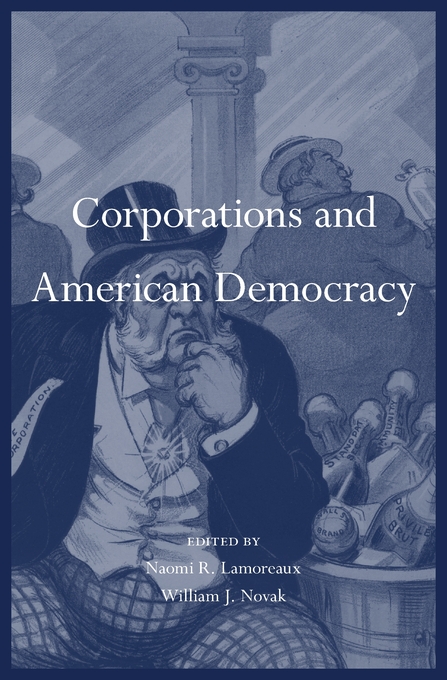 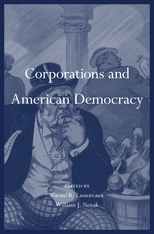 Recent U.S. Supreme Court decisions in Citizens United and other high-profile cases have sparked passionate disagreement about the proper role of corporations in American democracy. Partisans on both sides have made bold claims, often with little basis in historical facts. Bringing together leading scholars of history, law, and political science, Corporations and American Democracy provides the historical and intellectual grounding necessary to put today’s corporate policy debates in proper context.

From the nation’s founding to the present, Americans have regarded corporations with ambivalence—embracing their potential to revolutionize economic life and yet remaining wary of their capacity to undermine democratic institutions. Although corporations were originally created to give businesses and other associations special legal rights and privileges, historically they were denied many of the constitutional protections afforded flesh-and-blood citizens.

This comprehensive volume covers a range of topics, including the origins of corporations in English and American law, the historical shift from special charters to general incorporation, the increased variety of corporations that this shift made possible, and the roots of modern corporate regulation in the Progressive Era and New Deal. It also covers the evolution of judicial views of corporate rights, particularly since corporations have become the form of choice for an increasing variety of nonbusiness organizations, including political advocacy groups. Ironically, in today’s global economy the decline of large, vertically integrated corporations—the type of corporation that past reform movements fought so hard to regulate—poses some of the newest challenges to effective government oversight of the economy.