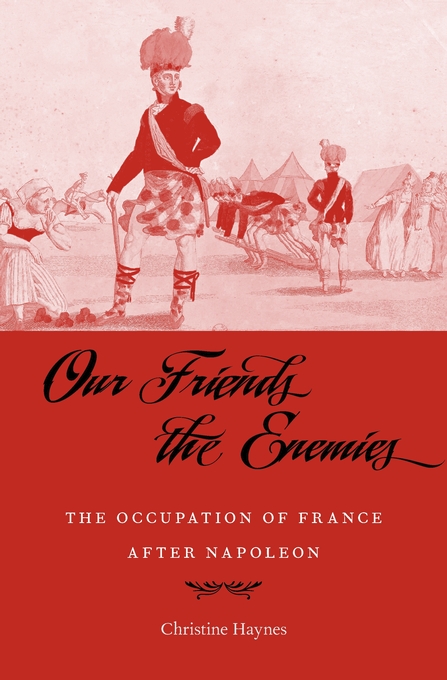 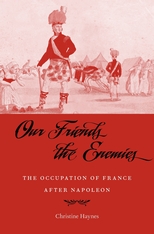 Our Friends the Enemies

The Occupation of France after Napoleon

The Napoleonic wars did not end with Waterloo. That famous battle was just the beginning of a long, complex transition to peace. After a massive invasion of France by more than a million soldiers from across Europe, the Allied powers insisted on a long-term occupation of the country to guarantee that the defeated nation rebuild itself and pay substantial reparations to its conquerors. Our Friends the Enemies provides the first comprehensive history of the post-Napoleonic occupation of France and its innovative approach to peacemaking.

From 1815 to 1818, a multinational force of 150,000 men under the command of the Duke of Wellington occupied northeastern France. From military, political, and cultural perspectives, Christine Haynes reconstructs the experience of the occupiers and the occupied in Paris and across the French countryside. The occupation involved some violence, but it also promoted considerable exchange and reconciliation between the French and their former enemies.

By forcing the restored monarchy to undertake reforms to meet its financial obligations, this early peacekeeping operation played a pivotal role in the economic and political reconstruction of France after twenty-five years of revolution and war. Transforming former European enemies into allies, the mission established Paris as a cosmopolitan capital and foreshadowed efforts at postwar reconstruction in the twentieth century.