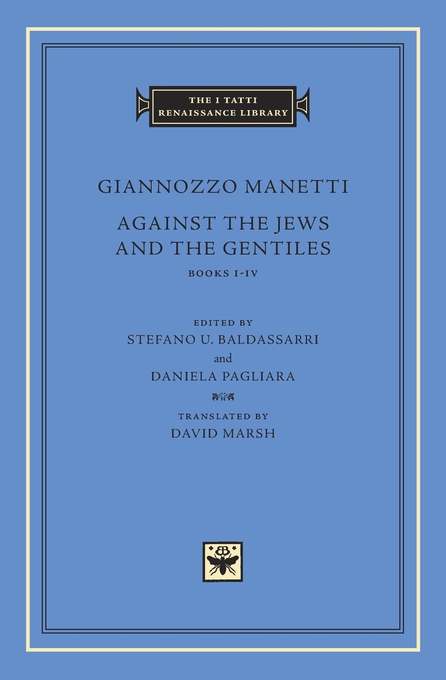 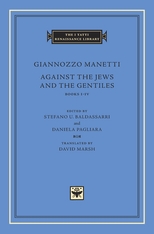 The I Tatti Renaissance Library 79

Against the Jews and the Gentiles

Edited by Stefano U. Baldassarri

Giannozzo Manetti (1396–1459) was a celebrated humanist orator, historian, philosopher, and scholar of the early Renaissance. Son of a wealthy Florentine merchant, he participated actively in the public life of the Florentine republic and embraced the new humanist scholarship of the quattrocento, oriented to the service of the state and the reform of religion. Mastering not only classical Latin but also Greek and Hebrew, he gained access to a whole library of sources previously unknown in the Latin West. Among the fruits of his studies is his treatise Against the Jews and the Gentiles, an apologia for Christianity in ten books that redefines religion in terms of “true piety,” and relates the historical development of the pagan and Jewish religions to the life of Jesus. The present volume includes the first critical edition of Books I–IV, together with the first translation of those books into any modern language.