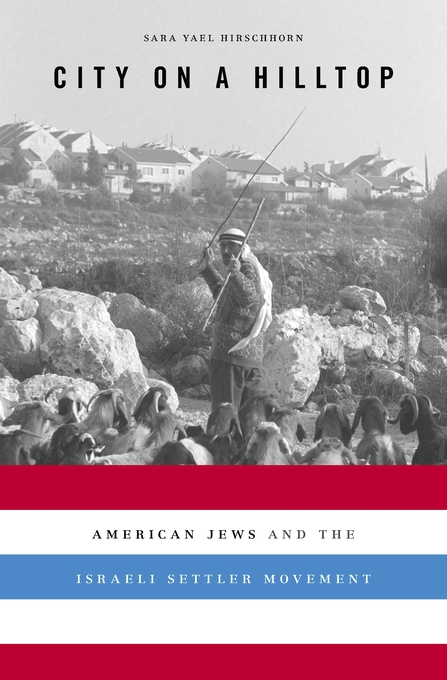 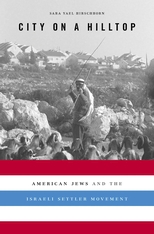 City on a Hilltop

“In vivid, approachable, yet deeply informative prose, City on a Hilltop zeroes in on the diverse personalities behind the phenomenon of the ‘American settler.’ …But what is perhaps most fascinating in the work is Hirschhorn’s examination of the settlers’ motivations in leaving the comforts of the United States for the undeveloped and often hostile territory of post-1967 Greater Israel.”—Amanda Borschel-Dan, Times of Israel

“Each year, thousands of North American Jews make aliya and relocate to Israel, casting their lot with the state… Hirschorn tackles the topic in a comprehensive, sophisticated and nuanced manner… This excellent book offers a fascinating though troubling look at American Jewish settlers who have come to live across the Green Line since 1967. It raises serious questions about how people with liberal values could engage in such an illiberal project and analyzes the complexities of the movement.”—Ron Kronish, Jerusalem Post Magazine

“For anyone interested in the Israeli–Palestinian conflict, it is worth listening to these people too—not least because they will be a key consideration if a peace deal is indeed reached.”—John Reed, Financial Times

“City on a Hilltop is a welcome addition to the body of literature on Zionism, the American Jewish and American-Israeli Jewish experience, the future of the State of Israel, and more. Hirschhorn’s work unpacks settlement and settler stereotypes, personalizing the realities of these communities and their inhabitants in critical ways. Hirschhorn provides a highly nuanced understanding of how settlers view themselves and their life work as contributors to the greater Zionist dream, helping her readers to become better prepared to respond to conflicting ideas about them with grace and dignity.”—Joy Getnick, Jewish Book Council

“Indispensable… City on a Hilltop [is] required reading not only for those interested in how American Jews could end up there and why they would do those things, but for anyone seeking to understand the existential and political character of twentieth-century Jewish life… The limits of liberalism, as they emerge through the testimony of American settlers, are demarcated by the irrelevance of rule of law, equality, democratic representation, and moral universalism to a life lived in the Israeli settlements.”—Jacob Abolafia, Marginalia

“Provocative, challenging, and revealing, City on a Hilltop takes us into the lives of American-Israeli settlers fighting for the most hotly disputed real estate on Earth. Hirschhorn chisels away at stereotypes and monoliths with a disciplined, scholarly touch, graced with humanity, revealing nuanced perspectives of a community that ultimately reveals the deeply fractured soul of a contested land.”—Wajahat Ali, author of The Domestic Crusaders

“Fifty years after the first American Jew crossed over the Green Line, Sara Yael Hirschhorn provides a fascinating and well-written history of American Jews and the Israeli settler movement. Hundreds of thousands of American Jews have close family and friendship ties with Jews who live in West Bank cities and settlements. Hirschhorn’s illuminating and timely study punctures many myths concerning these settlers, and places them not only within an Israeli context, but within an American one as well.”—Jonathan D. Sarna, author of American Judaism: A History