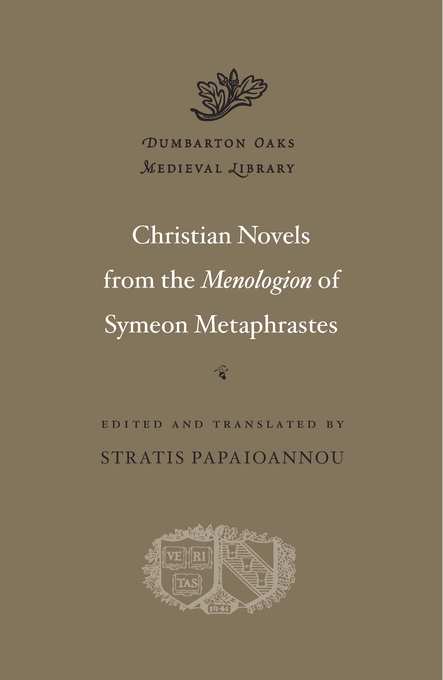 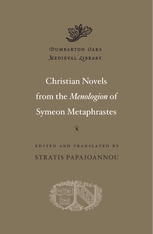 Christian Novels from the Menologion of Symeon Metaphrastes

Edited and translated by Stratis Papaioannou

Created in the tenth century, most likely as an imperial commission, the Menologion is a collection of rewritings of saints’ lives originally intended to be read at services for Christian feast days. Yet Symeon Metaphrastes’s stories also abound in transgression and violence, punishment and redemption, love and miracles. They resemble Greek novels of the first centuries of the Common Era, highlighting intense emotions and focusing on desire, both sacred and profane.

Symeon Metaphrastes was celebrated for rescuing martyrdom accounts and saints’ biographies that otherwise may have been lost. His Menologion, among the most important Byzantine works, represents the culmination of a well-established tradition of Greek Christian storytelling. A landmark of Byzantine religious and literary culture, the Menologion was revered for centuries—copied in hundreds of manuscripts, recited publicly, and adapted into other medieval languages. This edition presents the first English translation of six Christian novels excerpted from Symeon’s text, all of them featuring women who defy social expectations.