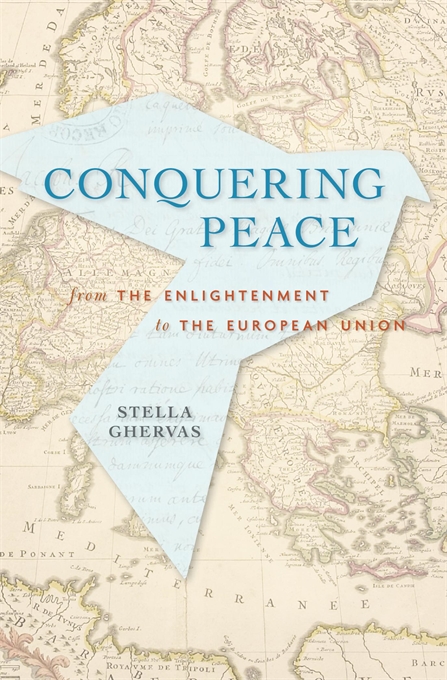 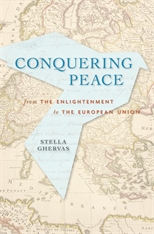 From the Enlightenment to the European Union

A bold new look at war and diplomacy in Europe that traces the idea of a unified continent in attempts since the eighteenth century to engineer lasting peace.

Political peace in Europe has historically been elusive and ephemeral. Stella Ghervas shows that since the eighteenth century, European thinkers and leaders in pursuit of lasting peace fostered the idea of European unification.

Bridging intellectual and political history, Ghervas draws on the work of philosophers from Abbé de Saint-Pierre, who wrote an early eighteenth-century plan for perpetual peace, to Rousseau and Kant, as well as statesmen such as Tsar Alexander I, Woodrow Wilson, Winston Churchill, Robert Schuman, and Mikhail Gorbachev. She locates five major conflicts since 1700 that spurred such visionaries to promote systems of peace in Europe: the War of the Spanish Succession, the Napoleonic Wars, World War I, World War II, and the Cold War. Each moment generated a “spirit” of peace among monarchs, diplomats, democratic leaders, and ordinary citizens. The engineers of peace progressively constructed mechanisms and institutions designed to prevent future wars.

Arguing for continuities from the ideals of the Enlightenment, through the nineteenth-century Concert of Nations, to the institutions of the European Union and beyond, Conquering Peace illustrates how peace as a value shaped the idea of a unified Europe long before the EU came into being. Today the EU is widely criticized as an obstacle to sovereignty and for its democratic deficit. Seen in the long-range perspective of the history of peacemaking, however, this European society of states emerges as something else entirely: a step in the quest for a less violent world.