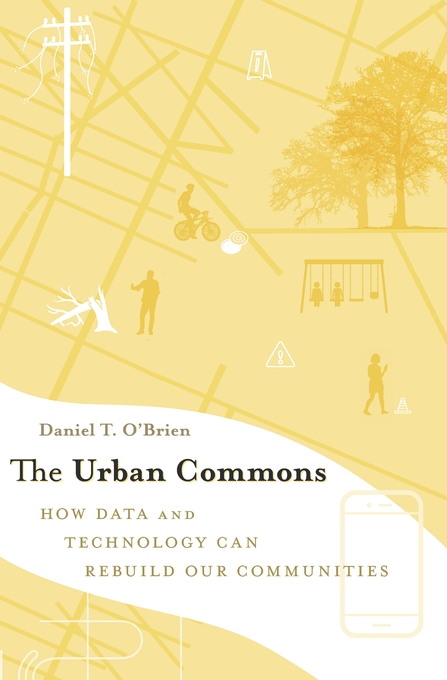 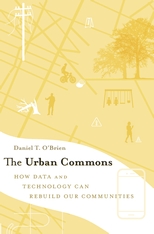 How Data and Technology Can Rebuild Our Communities

The future of smart cities has arrived, courtesy of citizens and their phones. To prove it, Daniel T. O’Brien explains the transformative insights gleaned from years researching Boston’s 311 reporting system, a sophisticated city management tool that has revolutionized how ordinary Bostonians use and maintain public spaces. Through its phone service, mobile app, website, and Twitter account, 311 catalogues complaints about potholes, broken street lights, graffiti, litter, vandalism, and other issues that are no one citizen’s responsibility but affect everyone’s quality of life. The Urban Commons offers a pioneering model of what modern digital data and technology can do for cities like Boston that seek both prosperous growth and sustainability.

Analyzing a rich trove of data, O’Brien discovers why certain neighborhoods embrace the idea of custodianship and willingly invest their time to monitor the city’s common environments and infrastructure. On the government’s side of the equation, he identifies best practices for implementing civic technologies that engage citizens, for deploying public services in collaborative ways, and for utilizing the data generated by these efforts.

Boston’s 311 system has narrowed the gap between residents and their communities, and between constituents and local leaders. The result, O’Brien shows, has been the creation of more effective policy and practices that reinvigorate the way citizens and city governments approach their mutual interests. By unpacking when, why, and how the 311 system has worked for Boston, The Urban Commons reveals the power and potential of this innovative system, and the lessons learned that other cities can adapt.