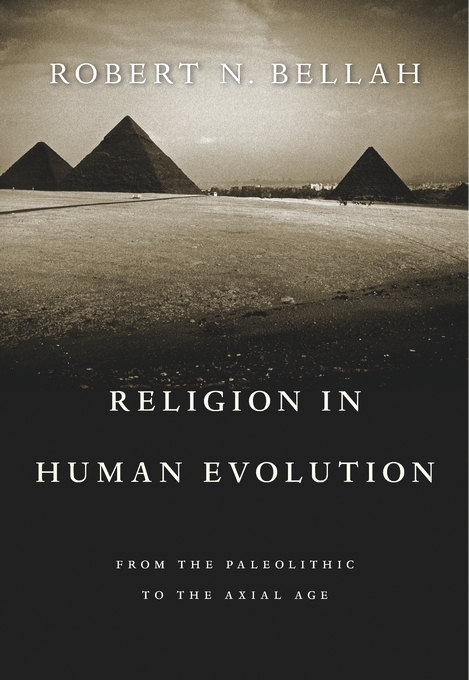 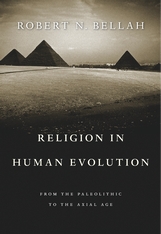 From the Paleolithic to the Axial Age

Religion in Human Evolution is a work of extraordinary ambition—a wide-ranging, nuanced probing of our biological past to discover the kinds of lives that human beings have most often imagined were worth living. It offers what is frequently seen as a forbidden theory of the origin of religion that goes deep into evolution, especially but not exclusively cultural evolution.

How did our early ancestors transcend the quotidian demands of everyday existence to embrace an alternative reality that called into question the very meaning of their daily struggle? Robert Bellah, one of the leading sociologists of our time, identifies a range of cultural capacities, such as communal dancing, storytelling, and theorizing, whose emergence made this religious development possible. Deploying the latest findings in biology, cognitive science, and evolutionary psychology, he traces the expansion of these cultural capacities from the Paleolithic to the Axial Age (roughly, the first millennium B.C.E.), when individuals and groups in the Old World challenged the norms and beliefs of class societies ruled by kings and aristocracies. These religious prophets and renouncers never succeeded in founding their alternative utopias, but they left a heritage of criticism that would not be quenched.

Bellah’s treatment of the four great civilizations of the Axial Age—in ancient Israel, Greece, China, and India—shows all existing religions, both prophetic and mystic, to be rooted in the evolutionary story he tells. Religion in Human Evolution answers the call for a critical history of religion grounded in the full range of human constraints and possibilities.