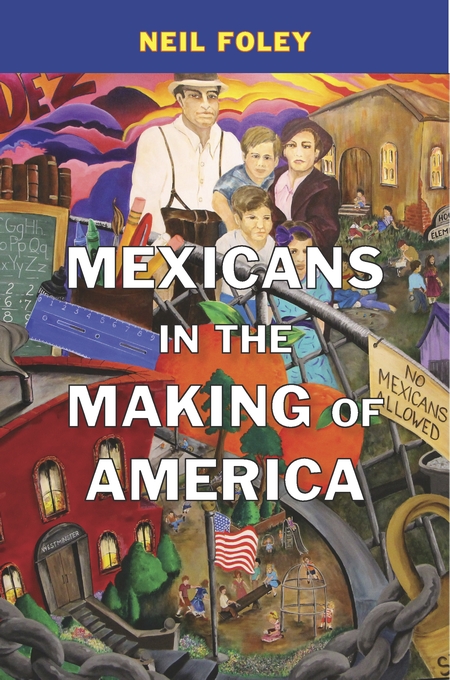 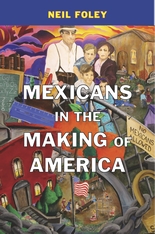 Mexicans in the Making of America

According to census projections, by 2050 nearly one in three U.S. residents will be Latino, and the overwhelming majority of these will be of Mexican descent. This dramatic demographic shift is reshaping politics, culture, and fundamental ideas about American identity. Neil Foley, a leading Mexican American historian, offers a sweeping view of the evolution of Mexican America, from a colonial outpost on Mexico’s northern frontier to a twenty-first-century people integral to the nation they have helped build.

Mexicans have lived in and migrated to the American West and Southwest for centuries. When the United States annexed those territories following the Mexican–American War in 1848, the unequal destinies of the two nations were sealed. Despite their well-established presence in farm fields, workshops, and military service, Mexicans in America have long been regarded as aliens and outsiders. Xenophobic fantasies of a tidal wave of Mexicans overrunning the borders and transforming “real America” beyond recognition have inspired measures ranging from Operation Wetback in the 1950s to Arizona’s draconian SB 1070 anti-immigration law and the 700-mile security fence under construction along the U.S.–Mexican border today. Yet the cultural, linguistic, and economic ties that bind Mexico to the United States continue to grow.

Mexicans in the Making of America demonstrates that America has always been a composite of racially blended peoples, never a purely white Anglo-Protestant nation. The struggle of Latinos to gain full citizenship bears witness to the continual remaking of American culture into something more democratic, egalitarian, and truer to its multiracial and multiethnic origins.