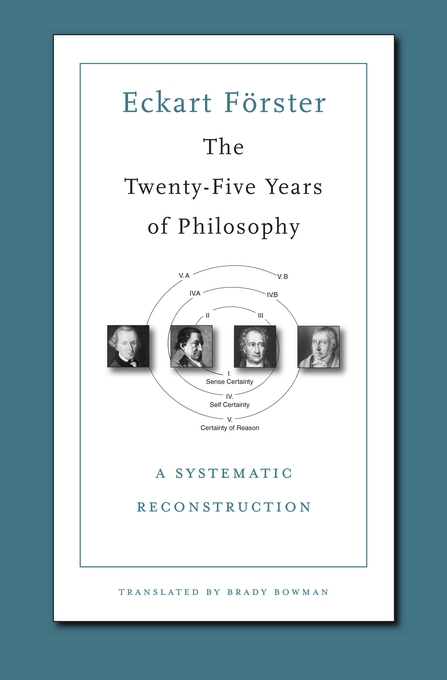 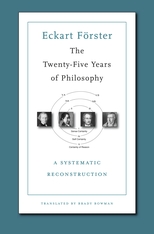 The Twenty-Five Years of Philosophy

Kant declared that philosophy began in 1781 with his Critique of Pure Reason. In 1806 Hegel announced that philosophy had now been completed. Eckart Förster examines the reasons behind these claims and assesses the steps that led in such a short time from Kant’s “beginning” to Hegel’s “end.” He concludes that, in an unexpected yet significant sense, both Kant and Hegel were indeed right.

The Twenty-Five Years of Philosophy follows the unfolding of a key idea during this exceptionally productive period: the Kantian idea that philosophy can be scientific and, consequently, can be completed. Förster’s study combines historical research with philosophical insight and leads him to propose a new thesis. The development of Kant’s transcendental philosophy in his three Critiques, Förster claims, resulted in a fundamental distinction between “intellectual intuition” and “intuitive understanding.” Overlooked until now, this distinction yields two takes on how to pursue philosophy as science after Kant. One line of thought culminates in Fichte’s theory of freedom (Wissenschaftslehre), while the other—and here Förster brings Goethe’s significance to the fore—results in Goethe's transformation of the Kantian idea of an intuitive understanding in light of Spinoza's third kind of knowledge. Both strands are brought together in Hegel and propel his split from Schelling.

Förster’s work makes an original contribution to our understanding of the classical era of German philosophy—an expanding interest within the Anglophone philosophical community.