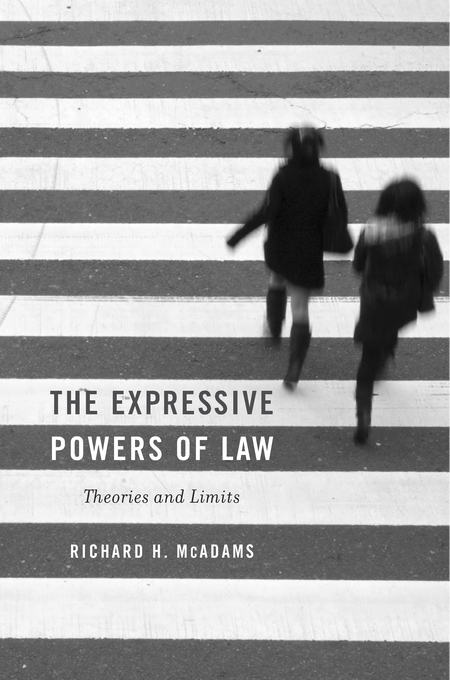 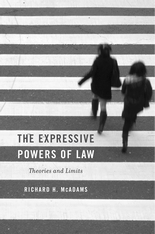 The Expressive Powers of Law

When asked why people obey the law, legal scholars usually give two answers. Law deters illicit activities by specifying sanctions, and it possesses legitimate authority in the eyes of society. Richard McAdams shifts the prism on this familiar question to offer another compelling explanation of how the law creates compliance: through its expressive power to coordinate our behavior and inform our beliefs.

People seek order, and they sometimes obtain a mutually shared benefit when each expects the other to behave in accordance with law. Traffic regulations, for example, coordinate behavior by expressing an orderly means of driving. A traffic sign that tells one driver to yield to another creates expectations in the minds of both drivers and so allows each to avoid collision. McAdams generalizes from traffic to constitutional and international law and many other domains. In addition to its coordinating function, law expresses information. Legislation reveals something important about the risks of the behavior being regulated, and social attitudes toward it. Anti-smoking laws, for example, signal both the lawmakers’ recognition of the health risks associated with smoking and the public’s general disapproval. This information causes individuals to update their beliefs and alter their behavior.

McAdams shows how an expressive theory explains the law’s sometimes puzzling efficacy, as when tribunals are able to resolve disputes even though they lack coercive power or legitimacy. The Expressive Powers of Law contributes to our understanding of the mechanisms by which law—simply by what it says rather than what it sanctions—generates compliance.