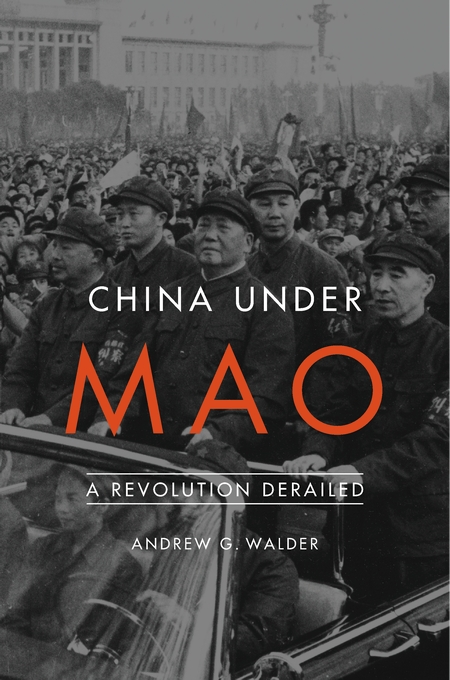 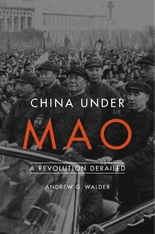 “Andrew Walder’s account of Mao’s time in power is detailed, sophisticated and powerful… Walder takes on many pieces of conventional wisdom about Mao’s China and pulls them apart… What was it that led so much of China’s population to follow Mao’s orders, in effect to launch a civil war against his own party? There is still much more to understand about the bond between Mao and the wider population. As we try to understand that bond, there will be few better guides than Andrew Walder’s book. Sober, measured, meticulous in every deadly detail, it is an essential assessment of one of the world’s most important revolutions.”—Rana Mitter, The Times Literary Supplement

“Walder convincingly shows that the effect of Maoist inequalities still distorts China today… In what will be a mind-opening book for many (and is a depressing reminder for others) Andrew Walder shows that in the decades after Mao, ‘China began the long process of recovering from the damage of his misrule.’”—Jonathan Mirsky, The Spectator

“Walder’s argument is forthright and his assessment of Mao’s legacy is unrelenting, and yet the abundance of detailed, well-researched descriptions of political campaigns, crackdowns, infighting, economic and demographic data, and everyday life of the Chinese people—combined with his masterful storytelling talent comparable to that of Jonathan Spence, another prominent Yale historian of China—makes the work a highly readable and excellent textbook of Mao’s China with refreshing insights and a great deal of provocative ideas.”—Liu Kang, China Review International

“Perspicacious scholarship by the preeminent American historical sociologist working on the People’s Republic of China. A balanced, critical account of events of baffling complexity, and a sophisticated analysis of uniquely solid empirical data. If reading is indeed the basics for all learning, then this is the book to read in order to learn why Mao in the end accomplished so little of what he had hoped to achieve after 1949 and why his legacy remains so controversial.”—Michael Schoenhals, Lund University

“This is a masterful synthesis of the literature on Mao Zedong’s China and of Walder’s own extensive sociological research. He combines Mao-centered political history with close attention to the organizational characteristics of the Communist Party, which explain its responsiveness to Mao Zedong’s often disastrous initiatives. In the author’s view, Mao was a ‘rigidly dogmatic leader with extremely narrow and outdated ideas.’ The book is replete with similarly incisive judgments. These will no doubt provoke controversy, but in the end, they are likely to be accepted.”—Thomas P. Bernstein, Columbia University