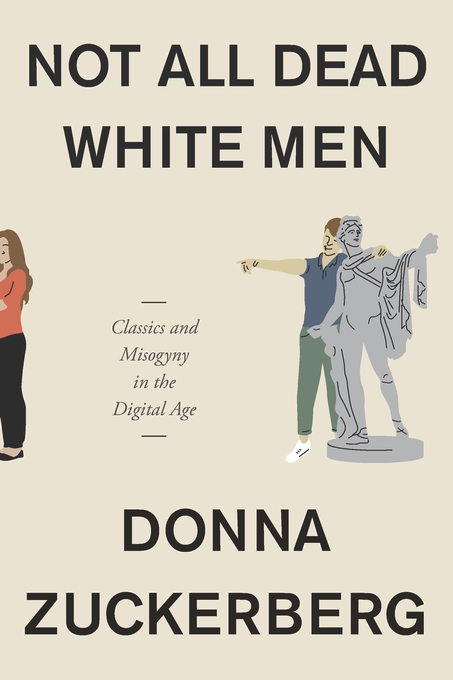 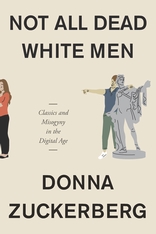 “A chilling account of trolling, misogyny, racism, and bad history proliferated online by the Alt-Right, bolstered by the apparent authority of Greek and Latin Classics. Zuckerberg makes a persuasive case for why we need a new, more critical, and less comfortable relationship between the ancient and modern worlds in this important and very timely book.”—Emily Wilson, translator of The Odyssey

“Explores how ideas about Ancient Greece and Rome are used and misused by antifeminist thinkers today.”—Time

“Zuckerberg characterizes the ‘Red Pill’ online community as the corner of the internet dominated by men’s-rights activists, the alt-right, pickup artists, and the sex-eschewing communities known as Men Going Their Own Way… Virtually all these subgroups appropriate classical literature for their own purposes.”—The Atlantic

“Zuckerberg presciently analyzes [‘red-pill’] communities’ (and sections of Silicon Valley’s) embrace of stoicism as a self-help tool to gain confidence, jobs, and girlfriends. Their adoration of men like Marcus Aurelius, Epictetus, and Ovid, whose Ars Amatoria earned him the reputation of being history’s first pickup artist, is founded in a limited and distorted interpretation of ancient philosophy, she writes, lending heft and authority to sexism and abuse.”—The Nation

“The book is an achievement… An admirable foray into the difficult and often distressing terrain of far-right politics, and an important contribution to the growing collection of essays, archives and discussions centered on the place of classics in today’s thorny political landscape.”—Times Literary Supplement

“Traces the application—and misapplication—of classical authors and texts in online communities that see feminism as a threat.”—Bitch Media

“Zuckerberg tracks the alt-right’s appropriation of the classics, from the use of classical texts among Men’s Rights Activists to the superficial use of Ovid as inspiration for pickup artists.”—Joel Christensen, Boston Review

“Required reading for classicists who want to understand how the works we study resonate in contemporary politics.”—Ellen Muehlberger, Bryn Mawr Classical Review

“Zuckerberg argues that it is important to study why classical texts have been weaponized by [The Red Pill] and how, regardless of their ‘appropriation of antiquity,’ the ancient texts are already problematic themselves.”—Los Angeles Review of Books blog

“Not just an incredibly important book that teaches readers about the tactics of a far-right, antifeminist online community, the ‘manosphere,’ but also demonstrates ways in which experts can use their knowledge to deconstruct the use and abuse of history.”—EuropeNow

“With the proliferation of anti-feminist rhetoric online, the extreme right is using ancient philosophy to boost its credibility. As Stoic ethics moves from lecture halls to Reddit, classicist Donna Zuckerberg exposes this misappropriation, meant to enforce the concept of male superiority.”—Nature

“A clear explanation of the machinations of the red pill community… Offers some sense of how individuals with an interest in progressive politics might respond to not only the abuse of ancient works, but also to the works themselves. In dissecting the far right’s misuse of these texts, Zuckerberg opens the door to a reconsideration of what is and isn’t the ‘foundation of Western Civilization.’”—Ploughshares

“Both a survey of the contemporary landscape the alt-right trawls, as well as a primer in the major Classical texts and precepts they (mis)use.”—PopMatters

“[Zuckerberg] is ideally placed to analyze the deeply unpleasant phenomenon of these men appropriating ancient authors—Ovid, Seneca, Marcus Aurelius—to try to bolster their vicious world view… This book is her attempt to document this appropriation of Classics by people who neither know nor care how limited their understanding is.”—Spectator

“Aims to take back the writings of the ancients from misogynist online communities.”—Publishers Weekly

“This brilliant new book offers a must-read analysis of classicizing antifeminist diatribes that will enlighten or serve as a timely warning to all liberals, as well as to members of the Alt-Right and Red Pill men’s groups (if only they would read it).”—Paul Cartledge, author of Democracy: A Life

“A fearless online pioneer in her role as the editor of Eidolon, Zuckerberg is perfectly placed to guide us through the radicalized virtual territory of the Alt-Right. Not only does she force us to face the worst of what classical authors say about male superiority and sexual privilege, weaponized in the roiling echo chambers of reddit, she also compels us to reflect on why we nonetheless teach and take pleasure in Greek and Roman texts.”—Joy Connolly, author of The Life of Roman Republicanism

“If there was ever a time to dispel myths of racial and gender superiority, it is now. Donna Zuckerberg has written an important book to help us understand how the Western classical canon is weaponized to diminish the humanity of women by anti-feminist online communities. This is a must-read.”—Safiya Umoja Noble, author of Algorithms of Oppression

“A clear-eyed look at the dangers of misogyny and racism underlying the reception of Classics. Zuckerberg strikes an admirable balance between defending the study of ancient Greek and Roman authors—those all too familiar ‘dead white men’—and rejecting the insidious assertions of patriarchy and white supremacy that the Alt-Right claims to derive from antiquity. This remarkable book never loses sight of what the Classics can mean to the next generation.”—Gregory Nagy, author of The Ancient Greek Hero in 24 Hours