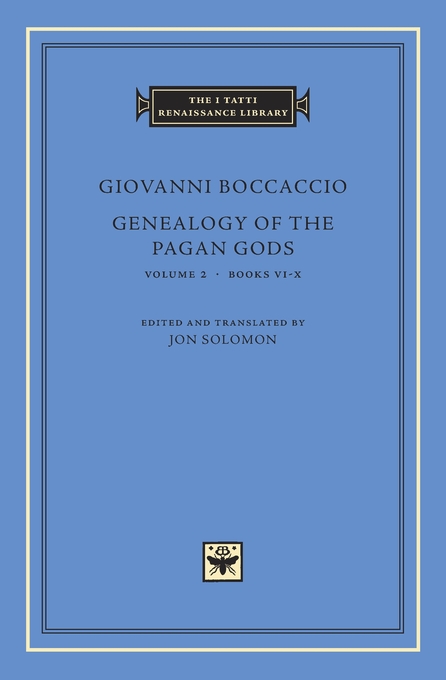 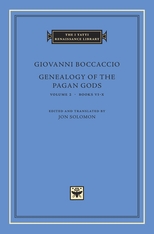 The I Tatti Renaissance Library 81

Genealogy of the Pagan Gods, Volume 2

Genealogy of the Pagan Gods by Giovanni Boccaccio (1313–1375) is an ambitious work of humanistic scholarship whose goal is to plunder ancient and medieval literary sources so as to create a massive synthesis of Greek and Roman mythology. The work also contains a famous defense of the value of studying ancient pagan poetry in a Christian world.

The complete work in fifteen books contains a meticulously organized genealogical tree identifying approximately 950 Greco-Roman mythological figures. The scope is enormous: 723 chapters include over a thousand citations from 200 Greek, Roman, medieval, and Trecento authors. Throughout the Genealogy, Boccaccio deploys an array of allegorical, historical, and philological critiques of the ancient myths and their iconography.

Much more than a mere compilation of pagan myths, the Genealogy incorporates hundreds of excerpts from and comments on ancient poetry, illustrative of the new spirit of philological and cultural inquiry emerging in the early Renaissance. It is at once the most ambitious work of literary scholarship of the early Renaissance and a demonstration to contemporaries of the moral and cultural value of studying ancient poetry.