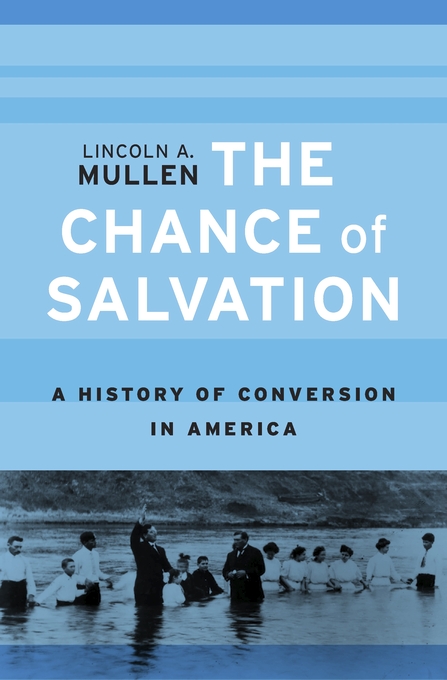 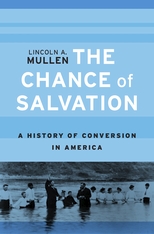 The Chance of Salvation

A History of Conversion in America

“The Chance of Salvation deftly captures the chaotic nature of American religion in the 19th century… Mullen helps us see how a distinctly evangelical approach to salvation had ripple effects beyond evangelicals, and he should be commended for it.”—Josh McMullen, Christianity Today

“Marvelous… Recognizing that all conversions contain losses and gains, Mullen approaches his topic with both intellectual depth and nuance and with empathy for the struggles, losses, and victories of the millions of people who took new paths in their spiritual and religious lives in 19th-century America.”—Reading Religion

“Quite successful…in illustrating the varieties of religious experience in nineteenth-century America and in conveying some of the meanings they held for the converts.”—American Historical Review

“Offers an exciting topic, provocative set of questions, and a trove of intriguing vignettes. It is one of the most thought-provoking books I have read in a long time.”—Bulletin for the Study of Religion

“This freshly synthetic work shows how religious choice developed as the backbone of American religious life… An important book and a pleasure to read.”—Church History

“A valuable contribution for readers to understand the dynamics of conversion and religious history in the United States. It is also beneficial for those who examine the American religious landscape, pluralism, and the origins of why Americans often change religious affiliations.”—Abel Rios, Religious Studies Review

“Looking at American religious history through the lens of conversion brings forth many interesting tales of 19th-century subjects grappling with changing landscapes of religion and philosophical thought.”—Choice

“Americans switch religions more frequently than people from just about any other nation. Mullen connects this phenomenon with the distinctively, though not uniquely, American idea that religion is a choice rather than an inheritance… This well-written and innovative work will be enjoyed by students of American religious history and those interested in investigating the deeper historical roots of contemporary American spirituality.”—Brian Sullivan, Library Journal