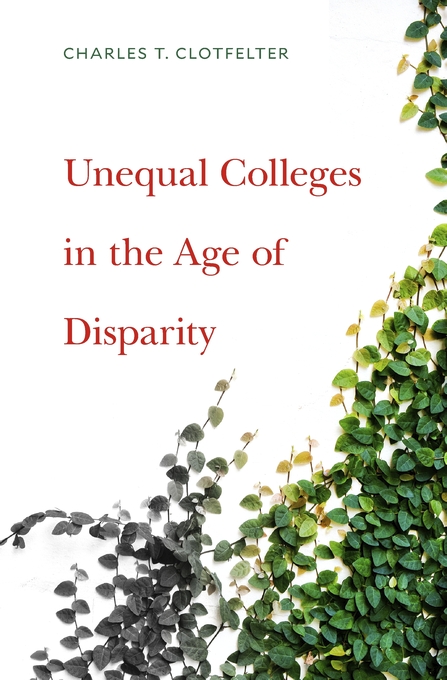 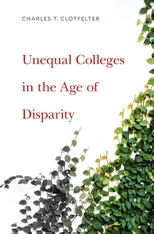 Unequal Colleges in the Age of Disparity

Listen to Charles Clotfelter discuss with Sanford School of Public Policy at Duke University podcast Policy 360 how, despite boasts of increasing “diversity,” colleges increasingly aid the children of socioeconomic elites:

For decades, leaders in higher education have voiced their intention to expand college education to include disadvantaged groups. Colleges have embraced and defended public policies that push back against discrimination and make college more affordable. And yet, as the economist Charles Clotfelter shows, America’s system of undergraduate education was unequal in 1970 and is even more so today.

In Unequal Colleges in the Age of Disparity, Clotfelter presents quantitative comparisons across selective and less selective colleges from the 1970s to the present, in exploration of three themes: diversity, competition, and inequality. Diversity shows itself in the variety of colleges’ objectives but also in the disparity of the material and human resources at their disposal. Competition operates through both the supply and the demand sides of the market, with college admissions becoming more meritocratic even as the most desirable colleges choose to contend fiercely for top-tier students rather than accommodate rising numbers of qualified applicants. Clotfelter shows that exclusive colleges have also benefited disproportionately from America’s growing income inequality. As their endowments have ballooned, their students have become more academically advantaged, owing in part to the extraordinary steps affluent families take to groom their children for college admission.

Clotfelter finds that despite a revolution in civil rights, billions spent on financial aid, and the commitment of colleges to greater equality, stratification has grown starker. Top colleges cater largely to children of elites.